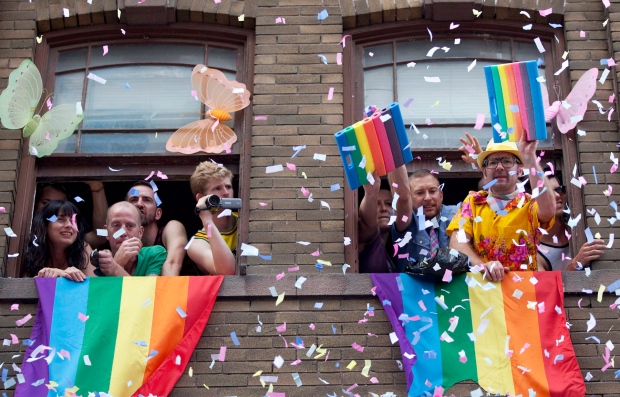 Spectators wave and throw confetti during the Gay Pride Parade below them in Toronto, July, 1, 2012. (The Canadian Press/Michelle Siu)

Trudeau is expected to march in the parade on July 3.

The city's first-ever Pride Month launches June 1 with a theme of belonging and inclusion.

Organizers also have said gay Syrian refugees will have a place at the Pride events.