In last month's election, the prime minister said, Canadians voted to “pull together the country, to focus on issues of economic growth for the middle class, to fight climate change and to keep Canadians and their communities safe.”

“That is our focus and this is the team to do that,” Trudeau said, flanked by his 36 ministers outside Rideau Hall after a relatively low-key swearing-in ceremony.

Trudeau's new cabinet reflects the sobering new reality for Liberals, who are returning for a second mandate with a minority of seats in the House of Commons, dependent on opposition support for the government's survival and without any representation from Alberta or Saskatchewan.

The pivotal role in his new cabinet went to Chrystia Freeland, who moved from the prestigious Global Affairs portfolio to become deputy prime minister and minister in charge of intergovernmental affairs. 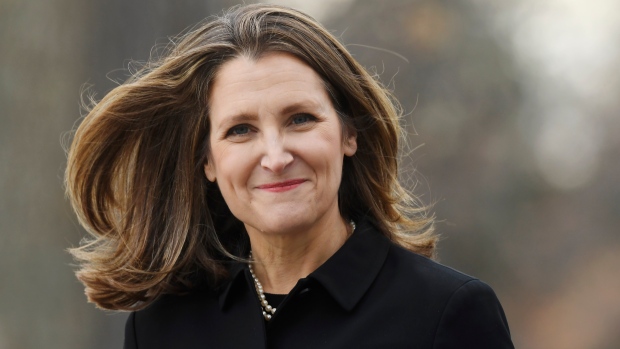 Freeland, whom Trudeau tapped to deal with U.S. President Donald Trump during the tense renegotiation of the North American Free Trade Agreement, will now be in charge of dealing with hostile conservative premiers across the country.

The Toronto MP, who has roots in Alberta, won praise as a tough, canny negotiator during the trade talks. Her diplomatic and negotiating skills will be put to the test in dealing with Alberta's Jason Kenney, Saskatchewan's Scott Moe and Ontario's Doug Ford.

Trudeau noted that he “worked very, very closely and with great success” with Freeland on NAFTA and what he termed “the challenges of the American administration.”

“We know that as we move forward on issues that matter right across the country, like energy and the environment and other large issues, we're going to have to engage in a strong and positive way with different orders of government right across the country and I'm very much looking forward to doing that with Chrystia by my side,” he said.

Freeland, who orchestrated the successful Team Canada approach to NAFTA negotiations, said she'll remain in charge of seeing the renewed trade pact through to ratification in Canada and the U.S. and will continue to broadly oversee Canada-U.S. relations - on top of her new responsibilities.

She said the biggest lesson she learned from NAFTA is: “You have to face big challenges united as a country and that is what we need to do when it comes to confronting the big issues of our time.”

In a further sign of outreach to the West, Trudeau tapped B.C. MP Jonathan Wilkinson, formerly fisheries minister, to take on the environment portfolio.

Although Wilkinson represents a British Columbia riding, he was born and raised in Saskatchewan and worked for the province's former NDP government. 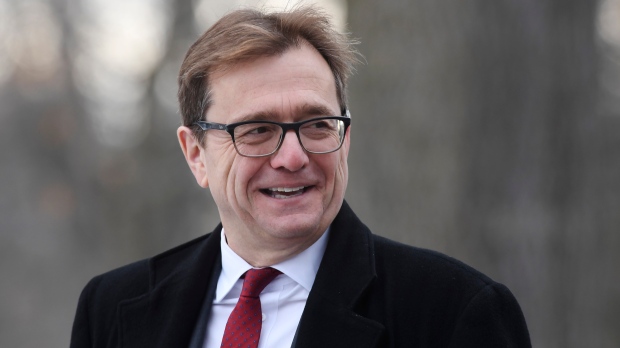 Winnipeg MP Jim Carr, one of Trudeau's most reliable ministers, who received a diagnosis of cancer the day after the election, is no longer in cabinet. But Trudeau has appointed him to be his “special representative for the Prairies ... (to) ensure that the people of Alberta, Saskatchewan and Manitoba have a strong voice in Ottawa.”

Another of his most reliable ministers who is also battling cancer, New Brunswick MP Dominic LeBlanc, remains in cabinet in a reduced role as president of the Queen's Privy Council. A bald LeBlanc, who recently received a stem-cell transplant after rounds of chemotherapy, showed up for Wednesday's swearing-in ceremony wearing a face mask, which he removed briefly while taking his oath.

Seamus O'Regan was moved from Indigenous Services to take on Natural Resources, a crucial file as the government attempts to tackle climate change while expanding the Trans Mountain pipeline to carry Alberta crude to the B.C. coast for export.

He hails from Newfoundland and Labrador, the only other oil-producing province.

Trudeau acknowledged the gap in western representation at the cabinet table but said he had to play the hand he was dealt by Canadians on Oct. 21.

“We very much would have liked to have had ministers from the West elected ... but Canadians sent us an incredible team from which we were able to assemble this strong cabinet that we're going to work very hard for every region of the country on.”

Trudeau's new lineup also includes outreach to Quebec, in response to a resurgence of the separatist Bloc Quebecois in the election. 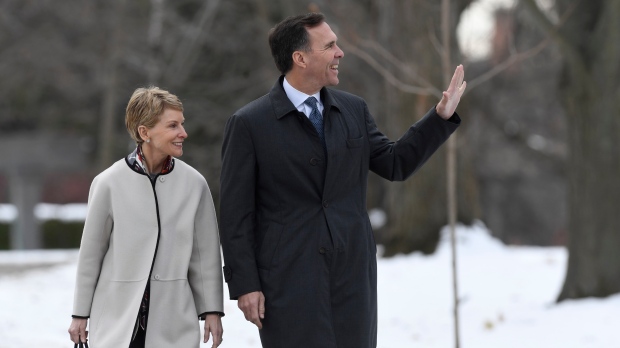 He will be responsible for charting a path for the Liberals, who hold only a minority of seats, to get their legislation through the House of Commons.

Rodriguez has also been named political minister for Quebec - a position Trudeau had resisted creating until now.

In addition to Carr, Trudeau has dropped two others from cabinet - former health minister Ginette Petitpas Taylor, who will serve as deputy whip, and former science minister Kirsty Duncan, who will be deputy House leader.

Eight ministers were not moved, the most important being Finance Minister Bill Morneau. But he will now be bolstered by Ottawa MP Mona Fortier, who takes on the newly created post of minister of middle-class prosperity and associate finance minister.

Other newcomers include Trudeau's longtime friend, Montreal MP Marc Miller, who moves from the backbench to Indigenous Services, rookie Oakville MP Anita Anand, who takes over public services and procurement, and rookie Montreal MP Steven Guilbeault, a prominent environmentalist, who was given the heritage portfolio. 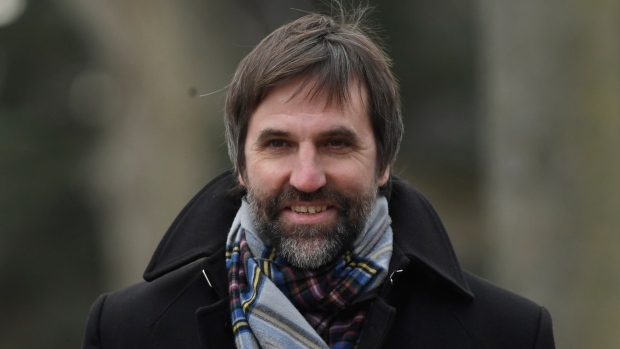 Trudeau has created a number of new portfolios, including one that appears to be an attempt to repair the damage done during the campaign by the disclosure of long-ago photos showing Trudeau in blackface.

He named Ontario MP Bardish Chagger, previously House leader, to be minister of the newly created post of diversity, inclusion and youth.

“The cabinet he unveiled today is a bigger and more bloated version of the same one that helped create an affordability crisis for Canadian families, attacked our energy sector and put thousands of Canadians out of work and set the stage for a national-unity crisis,” Scheer said in a statement.

Trudeau may have wanted to avoid exacerbating tensions with western provinces by putting Guilbeault, a longtime anti-pipeline activist, in a post that does not directly involve environmental matters. But Scheer argued that Guilbeault's inclusion, even in Heritage, will “only further stoke divisions” that he accused Trudeau of creating.

New Democrat Leader Jagmeet Singh said he is more concerned with what the cabinet ministers do than who they are.

“What this government needs more than new ministers is a new commitment to working with us to deliver for Canadians,” Singh said in a statement.

“When they're ready to work to protect and create jobs, make life more affordable, invest in the services people need, and ensure real steps are taken to fight the climate crisis- New Democrats will work with the prime minister and his new cabinet.”