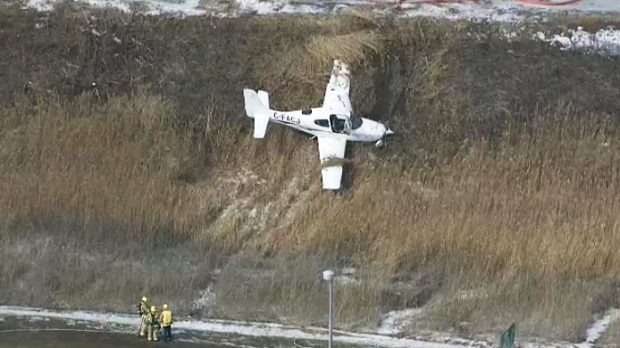 An investigator with the Transportation Safety Board will be sent to the scene after a small plane crash just north of Buttonville Airport.

It happened near 16th Avenue and Highway 404 on Tuesday afternoon.

Markham Fire says that two occupants of the plane were treated by paramedics at the scene.

The pilot is believed to be fine, according to police.

In a statement issued on Tuesday afternoon, the TSB described the incident as a “runway excursion” involving a small aircraft.

“The TSB will gather information and assess the occurrence,” the release said.

Both the eastbound and westbound lanes of 16th Avenue were closed between Highway 404 and Woodbine Avenue but reopened at around 5:30 p.m.