TTC says it will place unvaccinated employees on leave as of Nov. 21, terminations to begin the following month 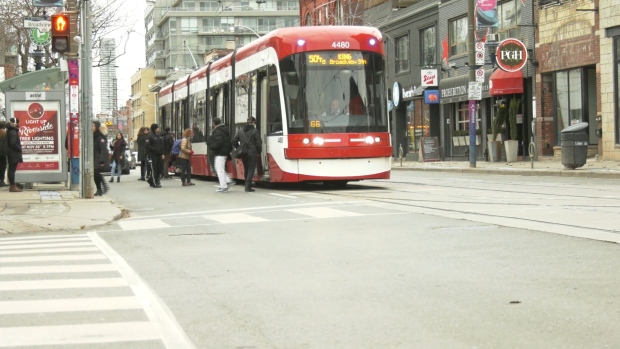 The TTC says that it will place all of its employees who are not fully vaccinated by Nov. 20 on an unpaid leave with the intention of terminating them by the end of 2021.

The TTC had previously given employees until Oct. 30 to disclose their vaccination status but has now pushed that deadline back by three weeks to accommodate the roughly 600 individuals who only received their first dose of vaccine within the last few weeks.

In a news release issued on Friday, the TTC said that it will be placing all employees who are not fully vaccinated or who have refused to disclose their status by the new deadline on an unpaid leave. It said that should those employees not become compliant with the TTC’s mandatory vaccination policy by Dec. 31 they will then be terminated.

"It is unfortunate we have to take these steps," TTC CEO Rick Leary said in the release. "The TTC is an essential service and we need it to be a safe place for everyone. We will be doing everything we can to uphold our core value of safety."

The TTC says that about 85 per cent of its 15,061 active employees have shared their vaccination status.

But as it stands more than 2,000 employees have not disclosed their status and could be placed on unpaid leaves as of Nov. 21.

In the release, the TTC said that it is looking at a number of options to offset the potential staffing impacts, including expediting the hiring of more operators, asking recent retirees to come back to work and temporarily increasing the use of overtime.

However, the TTC is warning that it may also have to reduce the scheduled hours of service along some routes “depending on staff availability.”

In a statement, the head of the TTC’s largest union said that the transit commission should not be firing any workers and should instead be following the lead of transit agencies in Brampton and Mississauga, where those who are not vaccinated can instead participate in a regular testing program.

“We have opposed the TTC’s heavy-handed approach to vaccinations since the announcement of its mandatory vaccine policy. ATU Local 113 remains firm in its belief that getting vaccinated should be the choice of each worker. We will continue to work with the TTC to get as many members vaccinated as possible through education, rather than coercion,” President Carlos Santos wrote.