TTC subway operator attacked by up to six people: police 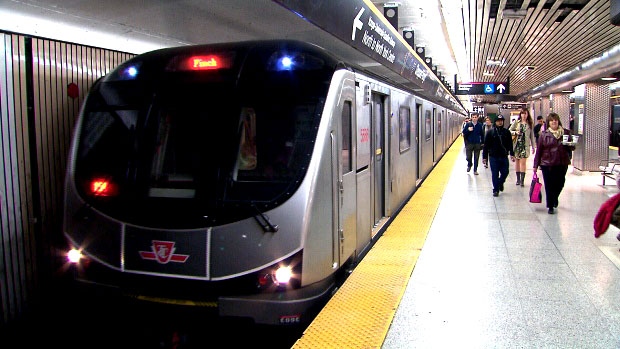 The TTC subway is seen in this file photo.

A TTC operator suffered a concussion and other injuries after he was attacked by as many as six people on Saturday night.

Toronto police said they were called to Sheppard-Yonge Station just before 10 p.m. for an assault.

The operator was along the platform when he was approached by as many as six assailants and attacked.

Paramedics said the operator was taken to hospital for treatment of a concussion and other head injuries.

Police said they took two suspects into custody at the scene but were looking for more.

Officers said both suspects, a male and a female, were under the age of 18.

They were charged with assault causing bodily harm, uttering threats and mischief to property.

In a statement Sunday afternoon, ATU Local 113, the union representing TTC workers, said the operator was released from hospital earlier in the day and is recovering at home.

"ATU Local 113 officials have been in contact with the member. On behalf of all members, we wish them a full and quick recovery."

Subway service was halted at Sheppard-Yonge for a short period of time but will resume normally on Sunday.