TTC switching to single-operator model for Line 4 subway as of Oct. 9 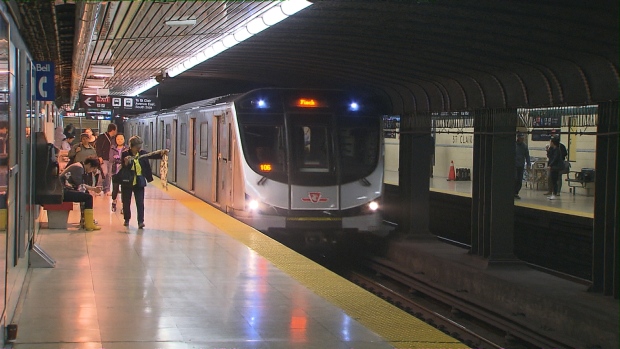 The TTC is reducing the number of operators on its subway trains in a move that will ultimately save the transit agency $18 million a year.

The TTC has announced that it will go to a single-operator system on trains travelling along Line 4 as of Oct. 9 and will ultimately mimic the move on Line 1 once a new signaling system is in place.

Previously, the TTC used a two-operator system – one driver and one guard – but CEO Andy Byford said that technological innovations have made that level of staffing unnecessary.

“The two-operator model dates back to 1954 when the subway first opened and meanwhile subways across the world in Paris, London, Hong Kong and Singapore, even our own SRT, have safely operated with one person for years,” he told CP24 on Tuesday afternoon. “Ultimately it’s about embracing modern work practices. Once upon a time elevators used to have attendants and they don’t now.”

Byford said that the one-operator model has been used on the Scarborough RT for the last 30 years.

Under the model, a number of cameras provide the driver with a full view of the platform as he or she departs the platform, negating the need for another worker to visually observe the platform.

“It is a very safe and proven method of operation,” Byford said.

Byford said that there will be no layoffs as a result of the change and that the savings will be realized entirely through attrition.