TTC to retire its CLRV streetcars on Dec. 29 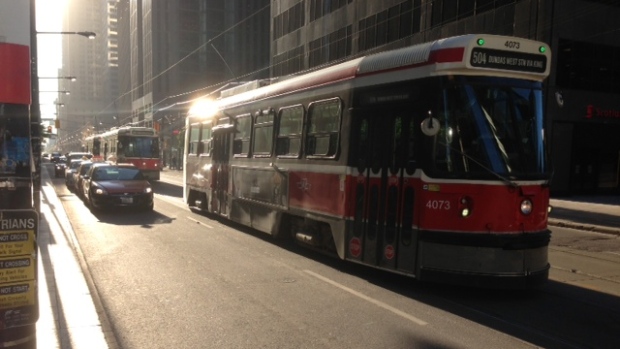 The TTC is retiring its fleet of Canadian Light Rail Vehicle (CLRV) streetcars, which have been in service for four decades, at the end of the year.

The CLRVs will make their final run on Dec. 29, the transit agency said in a news release on Thursday, adding that with the retirement, all TTC bus and streetcar routes will be serviced by accessible vehicles

Starting on Nov. 24, CLRVs will operate on 511 Bathurst seven days a week until Dec 28. In addition, CLRVs will also be deployed as an extra service on 501 Queen on weekends between Roncesvalles Avenue and Greenwood Avenue.

The first CLRV arrived on Dec. 29, 1977, and went into service two years later on the 507 Long Branch route, the transit agency said.

According to the TTC, a total of 196 CLRV streetcars were purchased with the last one delivered in 1982.

For those who want to hitch a final ride on the CLRVs, the TTC said you must enter a contest on their Instagram and Facebook pages between Dec. 2 and Dec. 6.

Ten winners from each social media platform will be randomly selected and awarded a seat for them and a guest on the final CLRV ride, the agency said.

Earlier this year, the TTC retired the last of its 'bendy' streetcars.

The agency said its 204 Bombardier low-floor streetcars will replace the fleet.

We're getting close to the end of the line for the legacy #TTC CLRV streetcars. Dec. 29 is the last day in service and we have a few things planned to say goodbye and thanks for four decades of service. Read more at https://t.co/uFT4rlHCWw pic.twitter.com/w65qXpbTbO