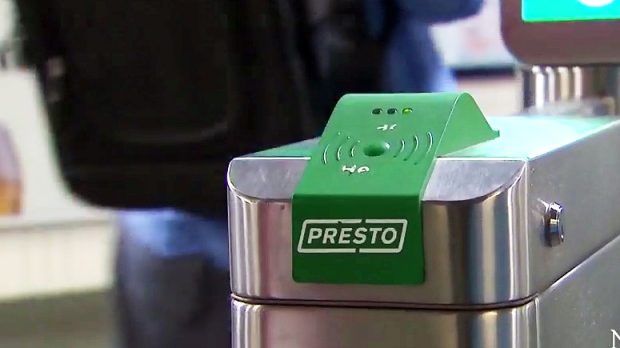 The TTC is “reviewing the feasibility” of pulling all child Presto cards from circulation amid millions of dollars in losses due to their illegal use, CEO Rick Leary says.

In a confidential memo to the TTC board that was obtained by NEWSTALK 1010, Leary said that the TTC is losing about $12 million a year to fare evasion by those using the cards illegally and is now considering “eliminating them all together.”

The news comes in the wake of a TTC audit committee meeting detailed in the Toronto Star where staff reportedly revealed that nearly nine in 10 trips taken using child Presto cards over a three-week period in January could have been the result of “misuse.”

In his memo sent out on Tuesday, Leary said that while the TTC is “making progress” on fare evasion “more needs to be done.”

To that end, he said that staff plan to report back to the board within 30 days on a new proposal in which children under 12 would continue to ride free on the TTC but would no longer have to use a child Presto card to do so.

It remains unclear how that could work, given that the TTC has eliminated collectors at its subway stations and now requires all commutes to pass through automated Presto gates.

“$12 million (in lost revenue) is directly related to adults using child fares and that’s why we’re going to take a good hard look at that card,” Leary told CTV News Toronto on Wednesday. “So I’ve asked staff to come back in 30 days with a recommendation of what do we do. We’ve been looking in to the possibility of using a different coloured card, so that’s an option, or no card at all is the other option. We just want to make sure everything we do accommodates children.”

The TTC currently lets all under children ages 12 and under ride free as a result of a policy introduced to much fanfare in 2015.

Parents, however, have to first obtain a child Presto card from any Shoppers Drug Mart location or the TTC service centre at Davisville Station. The TTC’s policy stipulates that they have to bring government ID to obtain one of the cards, though there are few safeguards in place to prevent the resale of the cards on the black market.

Speaking with reporters at a news conference on Wednesday, Mayor John Tory commended Leary for looking into child Presto cards, which he conceded are “being abused and fraudulently trafficked by people.”

Tory also spoke more generally about the problem of fare evasion, which costs the TTC an estimated $73 million a year.

“Some of them (fare evaders) I will acknowledge are doing it because they are finding themselves in difficult financial circumstances but many are not and they are doing it because they think they can,” he said. “It is very unfair to the people who do pay. The millions of people, the vast majority of people who do pay every day. It is incredibly unfair to them.”