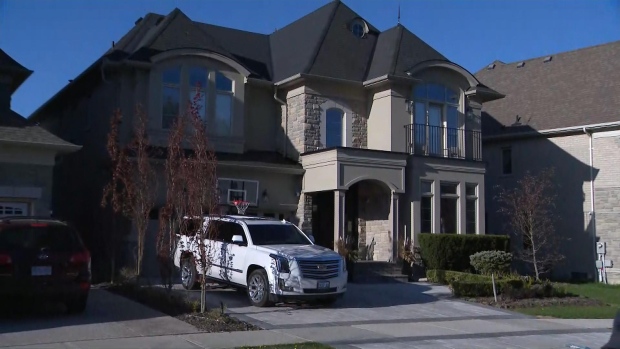 An Aurora home where two children were attacked by a dog on Thursday night is shown.

Two children and an adult were rushed to hospital withserious but non-life threatening injuries after they were attacked by their family dog at a home in Aurora on Thursday night.

It happened at a residence near Bayview Avenue and Vandorf Sideroad at around 9 p.m.

Police say that the dog bit the two children and that the adult was then injured while intervening in the attack.

The dog was killed by the owner as he tried to protect the children, sources have told CP24.

The children are believed to be ages two and 13.

The circumstances leading up to the incident remain unclear, though several neighbours who spoke with CP24 did say that they believed the dog was aggressive.

“That dog is very vicious,” one neighbour said.