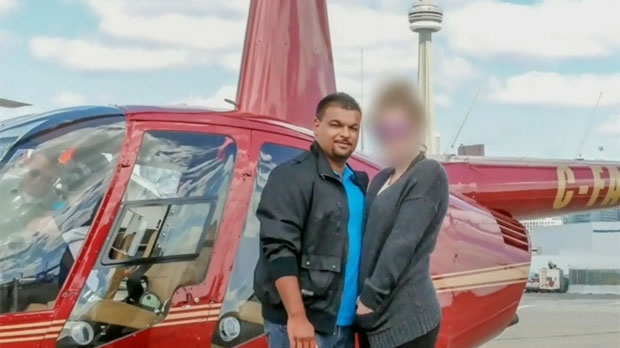 Police say that they began an investigation into the Black Bear Bar and Grill on Westney Road South in Ajax in the summer of 2016, after hearing the bar was allegedly participating in excessive alcohol serving and illegal drug transactions, including cocaine and marijuana.

On Tuesday, police constables identified as Husen Aswat, 32, and Amandeep Thakur, 30, were arrested and charged, along with three other men.

Investigators allege Aswat and Thakur were “associated” with the owner of the Black Bear Bar and Grill and involved in drug trafficking taking place there.

“Obviously it’s very concerning and disappointing when we find ourselves investigating our own employees,” Durham Regional Police Chief Paul Martin said in a statement. “When we became aware of the possible involvement of our DRPS members, we conducted a vigorous investigation. No one is above the law and every one of our employees is accountable for their actions.”

He said officers from the Toronto police service helped them conduct the probe that resulted in charges against Aswat and Thakur.

“I think it undermines the great work that our members do each and every day in the community,” Deputy Chief Uday Jaswal said.

Aswat, who has nine years of service in Durham, was charged with offences including seven counts of breach of trust, four counts of trafficking in a controlled substance (cocaine), three counts of weapons dangerous and one count of theft under $5,000.

Thakur, who has served with Durham for eight years, was charged with offences including two counts of breach of trust and one count of theft under $5,000.

Three other men from the GTA - Rajalingam Varatharjan , 44, Kevin Chung, 34, and Shaun Carter, 40 – face a variety of drug trafficking and possession charges.

None of the charges have been proven in court.

Both officers were held for a bail hearing on Tuesday and have been suspended from duty without pay.