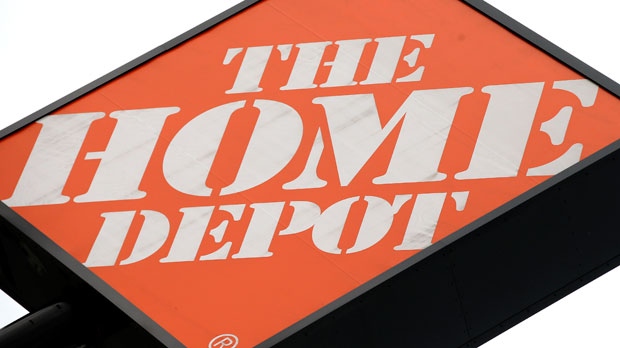 The logo for Home Depot outside of a location in the United States is seen. (AP / Mark Humphrey)

Two Toronto men have been charged with fraud in connection with a “merchandise return scam” at a Whitby Home Depot, Durham Regional Police say.

Officers were called to a Home Depot location on Victoria Street shortly after 5 p.m. on Sept. 14 after receiving a call about a “fraud in progress.”

According to police, a male was attempting to return merchandise when employees at the store became suspicious and contacted police.

“It’s believed the male suspect obtained a Home Depot credit card in Cobourg using fraudulent identification. He purchased merchandise using the card in Cobourg and attended the store in Whitby to try and return the items without a receipt,” police said in a news release issued Monday.

“Police arrested and charged the male along with a second male suspect who was waiting in a vehicle in the parking lot. Police seized a fraudulent driver’s license and social Insurance card along with the Home Depot credit card.”