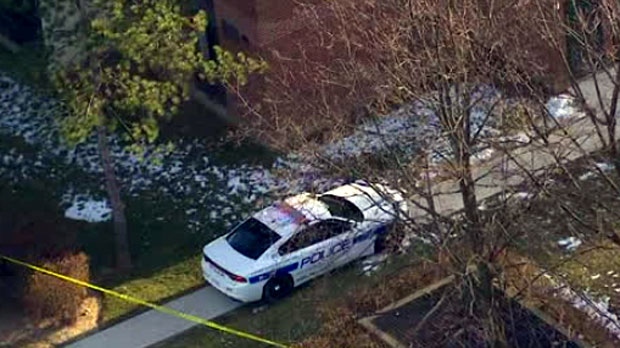 Two men have been charged with attempted murder after a 22-year-old woman was shot and critically injured outside a Mississauga apartment tower last fall.

She was rushed to a hospital trauma centre in life-threatening condition but has since recovered.

After a lengthy investigation, two suspects were identified and the first one, a 25-year-old man of no fixed address, was taken into custody on Sunday.

He was charged with one count of attempted murder and several firearms offences.

A second suspect, identified only as a 30-year-old man from Mississauga, was charged with attempted murder.

Both were held in custody for bail hearings at the Brampton courthouse.