Two men dead, one seriously injured after crash in Cambridge 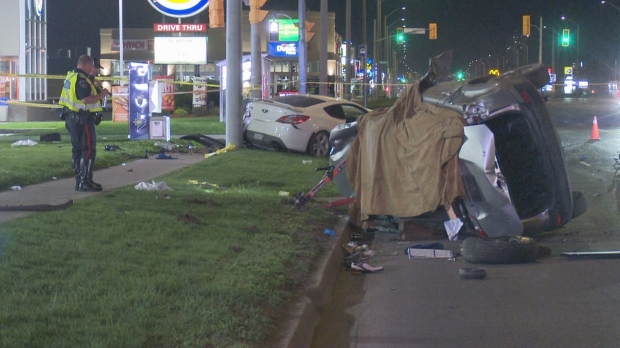 Two men are dead and another is injured after a crash in Cambridge Thursday evening, according to Waterloo Regional Police.

Two men are dead and another is seriously injured following a crash in Cambridge Thursday night, police say.

Waterloo Regional Police responded to a two-vehicle collision in the area of Hespeler Road and Sheldon Drive shortly before midnight.

A Hyundai was travelling north on Hespeler Road when the driver drove into the side of a Toyota that was travelling south on the road, according to police.

The Toyota rolled over as a result of the collision and a 51-year-old man from Florida was pronounced deceased at the scene.

A 30-year-old man from Pickering, who was the passenger of the Hyundai, was also pronounced deceased at the scene. 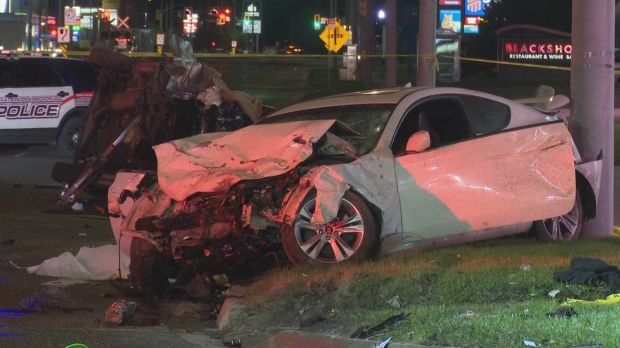 Police said a 22-year-old man from Welland, who was the driver of the Hyundai, was transported to an out of region hospital with serious injuries.

Officers are on scene investigating and Hespeler Road remains closed in both directions.