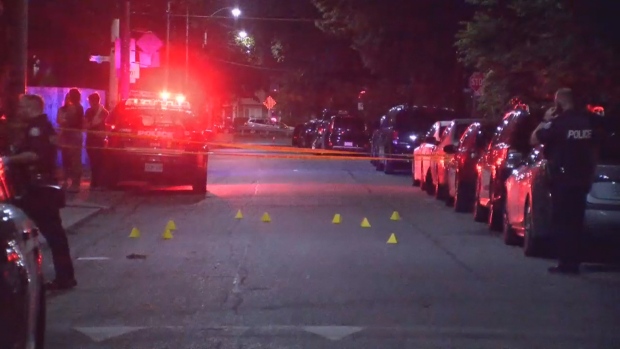 Police are investigating a shooting in the city's Junction Triangle neighbourhood triangle.

Two men are in serious condition in hospital after a shooting on a residential street in Toronto’s Junction Triangle neighbourhood on Sunday morning.

Toronto police say they were called to Campbell Avenue, north of Bloor Street West, at about 4 a.m. for reports of a shooting.

They were rushed to Sunnybrook Hospital for treatment.

Footage from the scene showed approximately 10 evidence markers on the street with numerous people standing outside nearby homes.