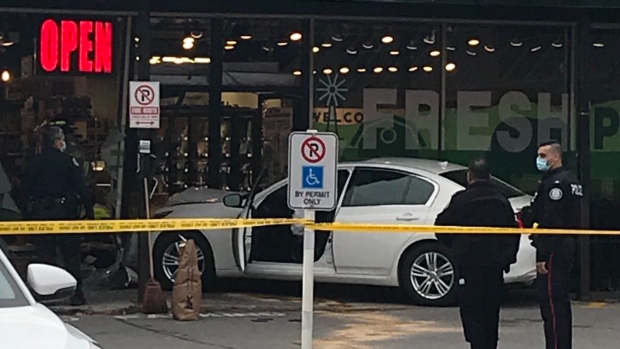 Police are investigating after a car crashed into a store in North York. (Twitter/@Canadabuster)

Two people were taken to hospital after a vehicle crashed into a North York store Sunday afternoon.

Emergency crews were called to Bathurst Village Market, in the area of Bathurst Street and Cedarcroft Boulevard, just before 4:30 p.m.

Police said a vehicle crashed into a storefront and struck a person.

Images sent by a CP24 viewer show the store sustained damage as a result of the crash. 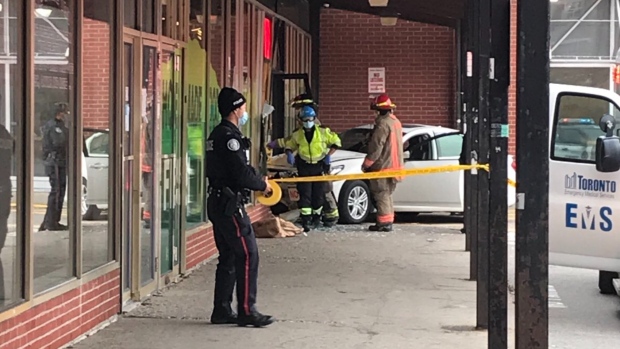 Toronto paramedics said the driver of the vehicle and the pedestrian were transported to hospitals in serious but non-life-threatening condition.

Members of the Traffic Services are investigating the cause of the crash.