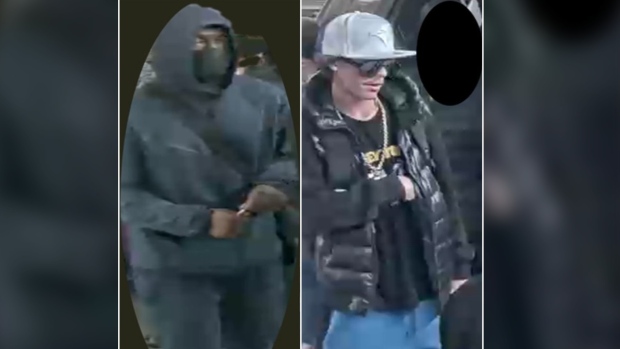 Toronto police are looking for two suspects after a man was stabbed at Broadview Subway station on Friday. (TPS handout)

Toronto police are asking for the public’s help in locating two suspects wanted in a stabbing at Broadview Subway station on Friday.

Officers responded to a stabbing at the station, at Broadview and Danforth avenues, shortly before 4 p.m.

One of the attackers produced an edged weapon and attacked the other man with it, police said.

The two suspects fled the scene.

The injured man was taken to hospital in unknown condition.

One suspect is described as Black, with a moustache and a slim to medium build. He was last seen wearing a black mask, dark-coloured hooded sweater, dark track pants, white Nike shoes and was carrying a black satchel with the strap over his shoulder and holding a knife with a silver blade in his right hand. 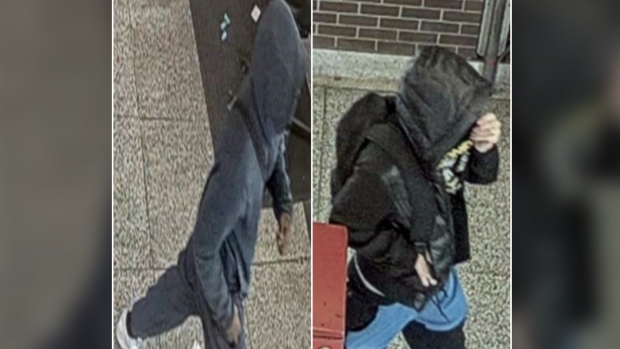 The other suspect is described as white with a slim build. He was last seen wearing a black jacket, a black mask, a dark shirt with a design on front, black and blue pants, a gold chain with a pendant attached, black backpack and black and blue Nike shoes.