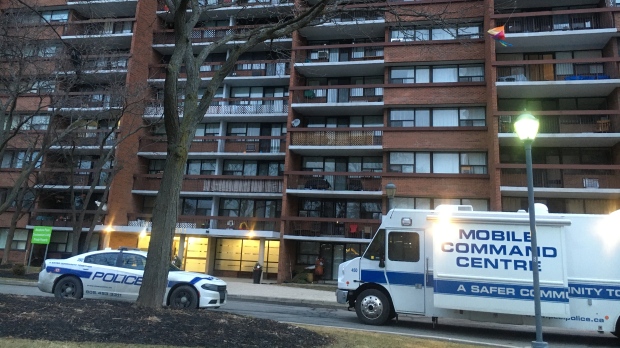 Two people have been arrested and charged in connection with a fatal double stabbing in Mississauga more than two years ago.

On Dec. 28, 2019, shortly before 1 a.m., police were called to a residence in the area of Glen Erin Drive and The Collegeway for two men involved in an altercation.

When officers arrived, they found two men, 44-year-old Maxwell Charles and 29-year-old Jamal Holder, outside the residence with stab wounds. They were subsequently pronounced dead.

At the time of the incident, police said they were not looking for outstanding suspects, saying “it was an isolated incident between both males.”

However, on Friday, police said they arrested two people from Dundalk, Ont. in connection with the case.

"After a lengthy investigation, evidence indicated that information learned at the beginning from the involved parties was inaccurate. This subsequently led to charges being laid," a Peel police spokesperson said in a statement.

Police said all involved parties are known to each other.

Police continue to ask anyone with information, including surveillance or dashcam footage that may have captured the moments before, during and after the incident, to contact them at 905-453-2121 ext. 3205 or Crime Stoppers anonymously at 1-800-222-TIPS (8477).