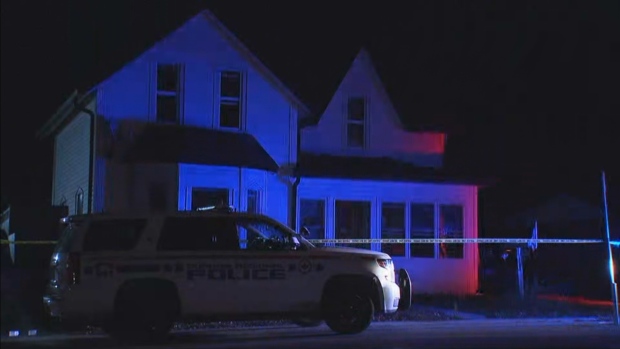 Two people were airlifted to a Toronto trauma centre after a house explosion in northern Durham Region. (CP24)

Two people have been critically injured after a house explosion in northern Durham Region.

Emergency crews were called to the area of Concession 3 and Zephyr Roads in Uxbridge at around 6:30 p.m.

Durham police said the explosion resulted in windows blown out.

At the time of the explosion, police said the homeowner and a maintenance repair man were inspecting the furnace after the gas was turned on. It was installed last week.

Ornge said they have airlifted a man in his 20s and a man in his 50s to a Toronto trauma centre. They were initially taken to a local hospital.

No other people were in the house during the explosion.

Police said there is a significant structural damage in the home.

The cause of the explosion is unknown but police said it was related to the furnace.

The Ministry of Labour, the Ontario Fire Marshal and the Technical Safety Standard Association will investigate.