Two people rushed to hospital after stabbing in Mississauga 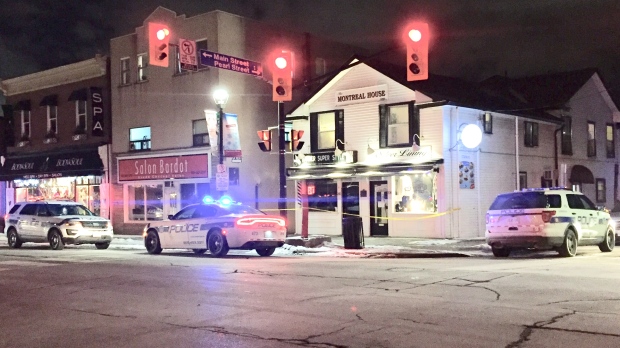 Peel police are investigating a stabbing in Mississauga that sent two people to hospital on Monday night.

Officers were called to the area of Main Street and Queen Street South shortly after 11 p.m. for a reported stabbing.

When officers arrived, two people were found with injuries.

One female was taken to a local hospital and a male was transported to a trauma centre for treatment. Their ages have not been released.

The severity of their injuries is not known.

One person is in custody in connection with the incident but police have not provided any information about possible charges.