Two taken to hospital after stabbing at Downsview nightclub 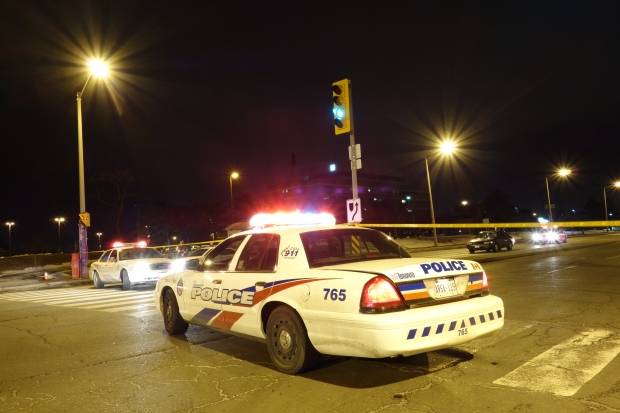 A Toronto police cruiser is pictured in this file photo. (CP24/Tom Podolec)

Two males were rushed to Sunnybrook Hospital in serious condition after they were stabbed inside a nightclub in North York’s Downsview  neighbourhood early Sunday morning.

Toronto paramedics say they were called to a club near Jane Street and Wilson Avenue at 3:46 a.m. for reports of two males who were stabbed.

A staff sergeant from Toronto police’s 31 Division said the stabbing occurred at the Ooraa Nightclub on Beverly Hills Drive. A fight occurred at the bar, where the two males were stabbed and a third man suffered cuts to his face. Suspects fled the scene.

Police said injuries to all three were non-life-threatening. Police are investigating.