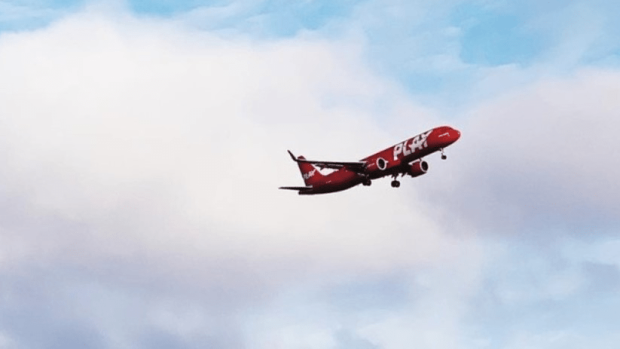 A PLAY aircraft can be seen above. (playairlines/Instagram)

A European airline has expanded its service to Ontario and is now offering cheap flights to 26 European cities.

PLAY, a low-cost airline previously operating between Iceland and Europe, announced Tuesday it's expanding its service to Ontario with the first scheduled flights leaving from John C. Munro Hamilton International Airport on June 22.

The new carrier will offer flights to destinations such as London, Paris, Berlin, Copenhagen, Dublin, Brussels, Stockholm, and Gothenburg, among others.

To celebrate its expansion, PLAY is offering tickets to European destinations such as Berlin, Brussels, Copenhagen, Dublin, Gothenburg, London, and Paris for as low as $169 USD. They’re also offering flights to Keflavik, Iceland for as low as $129 USD. These prices include service fees and taxes.

This inaugural offer is valid for those who book roundtrip flights, departing from Canada, between August and October 2023. The tickets must be booked by Jan. 31 to qualify for the discounted prices.

"Travellers around the world are hungry to venture to new destinations and recent data shows that 73 per cent of global travellers want vacations outside of their comfort zone," Birgir Jónsson, CEO of PLAY, said in a press release issued Tuesday.

"We're proud to expand PLAY service to Canada with service in Hamilton, offering both Canadian and European travellers a new way to reach iconic destinations.”

Travellers who book with PLAY will be permitted to bring one personal item with them free of charge. If they require a carry-on suitcase, additional fees can be expected. Cancellation protection for PLAY flights can be purchased for an additional charge.

Wi-fi and in-flight entertainment are not offered on PLAY flights.

PLAY was founded in Reykjavík, Iceland in 2019.