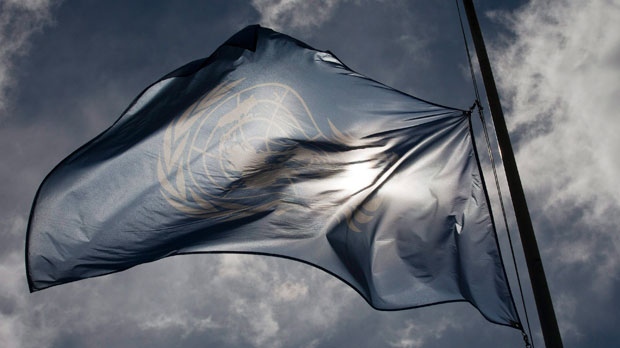 OTTAWA -- The federal government should set up a national inquiry into the "disturbing phenomenon" of missing and murdered aboriginal women, a senior UN rights official said Tuesday.

James Anaya, the UN special rapporteur on the rights of indigenous peoples, has spent the last nine days touring the country, talking to aboriginals and both federal and provincial government officials.

And while governments across Canada have pledged a number of steps to deal with the problem of missing aboriginal women, it's not enough, Anaya told a news conference in Ottawa as he wrapped up his visit.

"I have heard from Aboriginal Peoples a widespread lack of confidence in the effectiveness of those measures," Anaya said.

"I concur that a comprehensive and nationwide inquiry into the issue could help ensure a co-ordinated response and the opportunity for the loved ones of victims to be heard and would demonstrate a responsiveness to the concerns raised by the families and communities affected by this epidemic."

There has been strong pressure from aboriginal groups and some provinces for an inquiry into the disappearances, which some say run into the hundreds. The Native Women's Association of Canada estimates there have been more than 600 such cases in the last 20 years.

The federal government, however, has so far refused to entertain the idea of an inquiry.

He acknowledged that Canada has made significant progress on aboriginal issues since his predecessor delivered a tough report in 2004. But many challenges remain, he said.

"Canada faces a crisis when it comes to the situation of indigenous peoples of the country," Anaya said.

The economic gap between aboriginals and non-aboriginals hasn't narrowed, treaty and land claims remain unresolved and "there appear to be high levels of distrust among aboriginal peoples towards government at both the federal and provincial levels."

"The Conservatives' adversarial approach to Aboriginal Peoples on a host of issues has created conflict and distrust, rather than reconciliation and better lives," Bennett said.

Anaya also noted that aboriginal education in Canada could be improved quickly if money given to native authorities for schooling was equal, on a per-student basis, to spending in the provincial system.

But he warned the federal government against going ahead with its proposed First Nations education bill. He said he heard "a remarkably consistent and profound distrust" about the measure and urged the government to take its time and redraft the legislation in consultation with aboriginals.

"I urge the government to treat the housing situation on First Nations reserves and Inuit communities with the urgency it deserves," he said.

"It simply cannot be acceptable that these conditions persist in the midst of a country with such great wealth."

Anaya also said the residential-schools era continues to cast "a shadow of despair" over aboriginal communities and he urged the government to extend the mandate of the Truth and Reconciliation Commission to as long as it needs to do its work.