Unpaid internships under examination as 2 more magazines axe their programs 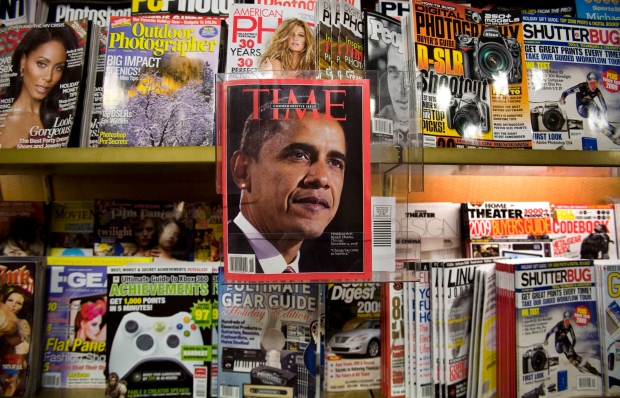 OTTAWA -- Two more prominent Canadian magazines have ended their internship programs in the midst of a crackdown by the Ontario government that is shining a harsh spotlight on unpaid internships across the country.

Rogers-owned Flare and Chatelaine terminated their interns earlier this week. Flare didn't pay their stable of interns, while those at Chatelaine were given a $400 monthly stipend that amounted to an hourly pay rate that was well below Ontario's minimum wage.

The move by Rogers Media comes after Ontario's crackdown resulted in the shuttering of two other magazine internship programs at Toronto Life and The Walrus.

The company "has been in the process of evaluating and streamlining its various internship programs for some time," Louise Leger, a spokeswoman for Rogers Media, said in a statement Friday.

"Moving forward, all our internships will be associated with an educational institution or be paid."

The company believes "internships are a valuable opportunity for students and recent graduates to gain practical experience," she added. "We also view interns as prospective employees."

One former Flare intern begs to differ, dismissing the argument that unpaid interns benefit by obtaining valuable experience in the absence of a paycheque.

"The work was menial, and I got absolutely nothing out of the internship," Lauren Delfin, 23, a university graduate from Mississauga, Ont., said in an interview.

"We asked, but didn't learn much at all, about how the magazine was put together. We were kept away from the action. They only came to us when they needed something FedExed or had some other equally menial task. But if we hadn't done those tasks, they would have had to pay someone to do them."

Some of them, like Bell, hire hundreds of unpaid interns every year.

"Right now, there's nothing clear on the books at all at the federal level," Cash said.

"We really do need to crack down on the misuse and abuse. But at least we're now having a national dialogue about what's going on because of the measures Ontario's taking."

"We believe very strongly that it's important to support youth as they transition into the workforce," said Helena Gottschling, senior vice-president of leadership and organizational development for RBC.

"Not only is it our policy, it aligns to our values. The interns that we hire, they also contribute meaningful work to our organization ... it's an investment in the future not only for Canada, but for us."

A number of witnesses urged Ottawa to better monitor unpaid internships and crack down on abusers if it's truly serious about tackling youth unemployment. At almost 14 per cent, youth joblessness is almost double the national rate.

"This is a national issue, and a growing issue at that," Yolen Bollo-Kamara, president-elect of the University of Toronto students' union, told the hearing.

The witnesses -- in particular Claire Seaborn of the Canadian Intern Association -- also noted that unpaid interns are not covered by federal workplace health and safety measures and are therefore unprotected in the event of on-the-job accidents.

Seaborn also cited a University of Victoria study that showed 72 per cent of unpaid interns in Canada are women.

Delfin, who now has part-time jobs at a clothing boutique and a yoga studio, says she's worked her last unpaid internship given the two that she's got under her belt haven't helped her land a full-time job in publishing.

"I'm lucky enough to have my parents behind me, which is why I've been able to take two internships, but my days of free internships are behind me. They're exploitative and none of them have been enough to connect me to a full-time job."