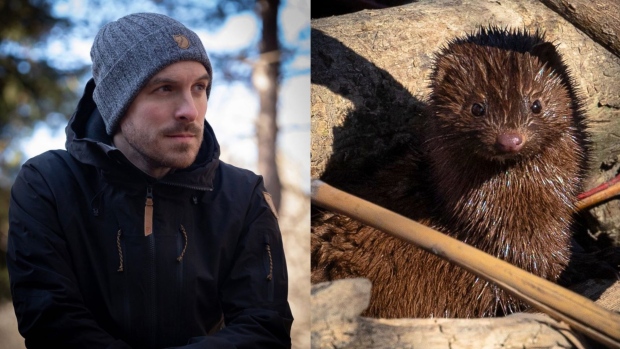 A Toronto photographer has made it his mission to capture a photo of every mammal that calls the city home.

When Andrew Budziak, 35, decided to take his urban wildlife photography to the next level by capturing a photo of every Toronto mammal, he did so in the hopes of showing “just how incredible [the] animals in our city really are.”

And so he set out, camera in hand, to seek out the city’s creatures.

So far, Budziak has snapped photos of just over 25 per cent of Toronto’s 42 mammals. He's successfully secured quality photographs of coyotes, raccoons, groundhogs, and deer, among others. He says he’d be much further along if he didn’t hold each photograph to such high standards.

“Wildlife photography is all about playing the long game. I want to photograph every mammal in Toronto, but I want good photos of them,” Budziak told CTV News Toronto.

“I want photos that when I look at them printed, or on a large computer screen, I can stand back and say ‘That’s great. I’m really happy with that.’ I want strong lighting, I want a good scene and I want the image to feel special,” continued Budziak.

Right now, Budziak has his sights set on two particular animals — a beaver and a fox.

“I know where a few [beavers] are, but they haven’t been cooperating. I know the photo I want, but I haven’t been able to achieve it. I don’t want the typical beaver swimming photo where all you can see is the top of its head. I want something stronger than that. Something special,” Budziak told CTV News Toronto.

Foxes have been giving him some trouble, as well. After two fox kits that captured the city’s attention were found dead at Woodbine Beach this spring, Budziak is holding off on pursuing a photo of the creatures.

“Foxes are looking after their kits right now, and the kits are still really young. People have been getting way too close to den areas, which is harmful [to] the foxes. I’m going to resume looking for foxes in a few months,” Budziak said.

Until then, Budziak will continue checking mammals off his list. When he’s done, he hopes this project will be a reminder to Torontonians that they share their city with some amazing animals.

“Our green space isn’t just marooned pieces of forests. They are an integral part of our city and they house some awesome wildlife. Looking at animals and green space this way helps remind us that our city is one big [ecosystem], not just individual little [green] sections,” said Budziak.