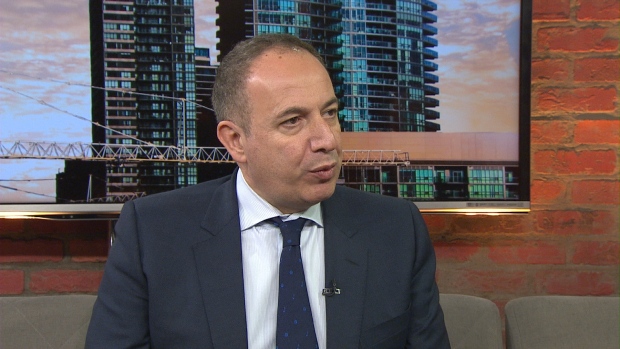 After more than a decade at the helm of Vaughan City Council, Mayor Maurizio Bevilacqua says he won’t be seeking another term in office.

"After much thought and personal reflection, today, I announced that I will not seek re-election as Mayor of Vaughan in the upcoming October 2022 municipal election,” Bevilacqua said in a statement released late Wednesday night and tweeted out Friday. "I want to thank the community for continuously giving me a strong mandate to serve and their unwavering support throughout more than three decades in elected office.”

He said it will remain “my life’s honour to have served Vaughan residents.”

Bevilacqua, who made the announcement on his 62nd birthday, was first elected as a Liberal MP in 1988 when he was just 28 years old.

He transitioned to local politics in 2010 when he was first elected mayor and won re-election by huge margins in 2014 and 2018.

Among his achievements as mayor, he listed the expansion of the subway system into Vaughan, the new Cortellucci Vaughan Hospital and thousands of new jobs.

After much thought and personal reflection, I announced that I will not seek re-election as Mayor of Vaughan in the upcoming October 2022 municipal election. pic.twitter.com/ebjntNiKm7

In his statement, he thanked his family for their “unwavering love and support” and also thanked his colleagues on council and the civil service.

"Their ongoing efforts demonstrate our shared commitment to delivering service excellence and putting citizens first in everything we do,” Bevilacqua said. “Our achievements result from a laser-focused approach to providing an exceptional standard of living and high quality of life.”

Bevilacqua brought a measure of calm to a council which had been famously rocked by infighting and contested elections. One of his moves in office was to establish a pledge for members of council – dubbed the Vaughan Accord – committing themselves to working together constructively “in a manner which reflects a positive image of the city.”

His announcement leaves the door open for other potential candidates, with no incumbent in a mayoral race that is just months away.

Nominations for the municipal election opened on May 2 and there are no candidates listed to run for mayor so far.

Voters are set to head to the polls on Oct. 24.

Bevilacqua’s announcement comes the same week that Ontario Liberal leader Steven Del Duca failed to win his seat in Vaughan-Woodbridge and announced that he would step down as party leader.

Bevilacqua has not said what he plans to do next.