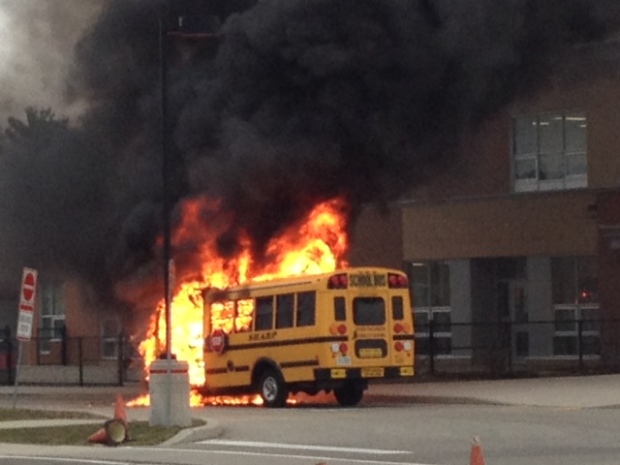 Educators evacuated a Vaughan public school as a precaution when a school bus erupted in flames just metres from the front door Tuesday morning.

No injuries were reported in the blaze, which occurred outside Thornhill Woods Public School at about 8:40 a.m., as students arrived for the day.

No one was on board the bus at the time, said York Regional Police spokesman Const. Andy Pattenden.

As a precaution, staff moved students from the school, located on Thornhill Woods Drive near Autumn Hill Boulevard, to nearby Stephen Lewis Secondary School.

The evacuation was due to fumes from the bus fire, York Region District School Board said in a tweet.

All students and staff were reported safe after the blaze, the school board said.

Thornhill Woods Public School has about 750 students in junior kindergarten to Grade 8 classes. 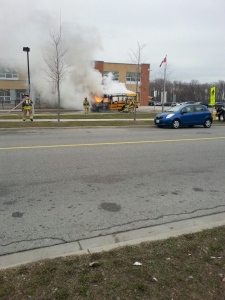