A 27-year-old man shot dead by Toronto police officers near a Scarborough elementary school on Thursday afternoon appeared to have been captured on a home's security camera moments before the incident.

A video obtained by CTV News Toronto shows the man carrying what seems to be an air rifle while walking on the sidewalk. That was at 12:55 p.m, according to the video's timestamp.

Minutes later, just after 1 p.m., police began receiving reports of a man carrying a firearm in the area of East Avenue and Maberley Crescent, said the Special Investigations Unit (SIU), which is probing the incident.

Police rushed to the scene and at 1:20 p.m., they located the man several hundred metres away from William G. Davis Public School, and "an interaction" occurred.

The SIU said two officers shot at the man.

"The man was struck, and the man was pronounced deceased at the scene," SIU spokesperson Kristy Denette told reporters Thursday. She said on Friday that the man died at around 1:40 p.m. 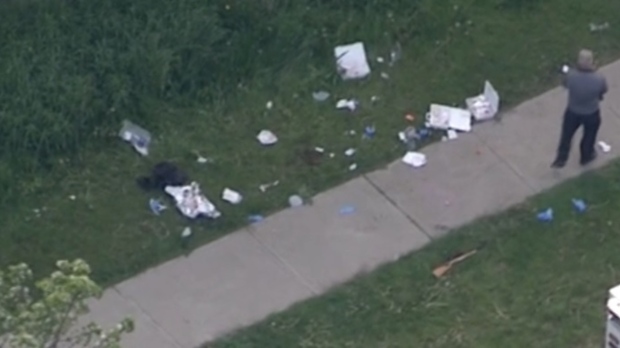 The SIU confirmed Friday morning the man was carrying a pellet gun. An SIU investigator was seen by Chopper 24, photographing the pellet gun, clad in wood furniture with a scope attached to the top of the barrel.

William G. Davis went into lockdown, and children told CP24 they huddled under their desks during that time.

Police also told four other nearby public schools to go into either hold and secure or lockdown. All school restrictions were lifted by 3 p.m.

"Hold and secure is the outer doors of the school are locked, so no coming and going, but school life relatively remains the same inside the school. For a lockdown though, that's where the outer doors are locked and people are inside classrooms, lights are out, away from windows, underneath desks in some cases, remaining quiet," Toronto District School Board (TDSB) spokesperson Ryan Bird told CP24 on Friday. 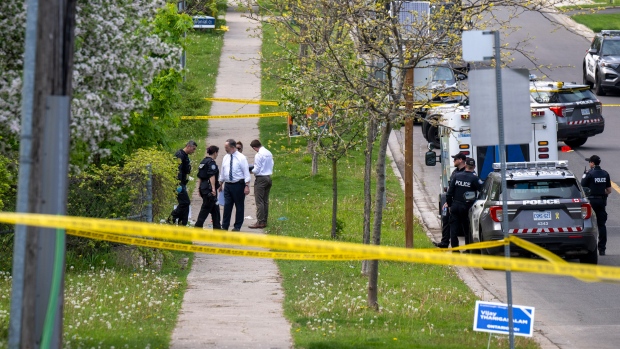 The TDSB said social workers were at the five impacted schools to support any students in need.

"We know that all students and staff, they experienced these kinds of incidents differently. So we want to make sure that we're supporting them if they want to speak," Bird said.

He added that support staff will remain at all of the schools for as long as needed.

There was an increased police presence in the neighbourhood on Friday. Toronto police Chief James Ramer Ramer said following the incident that police will step up patrols.

It remains unclear where the man was headed and what he was going to do with his weapon.

"We have no understanding at this point in time, what was about to happen, or what could have happened. So I don't want to speculate and suggest that it's something similar to what's happened in the United States," Ramer said Thursday, referring to a mass shooting earlier this week at an elementary school in Texas.

The SIU said an autopsy will be conducted on Saturday. 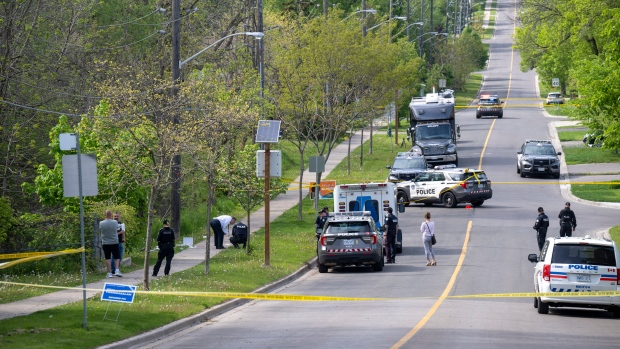