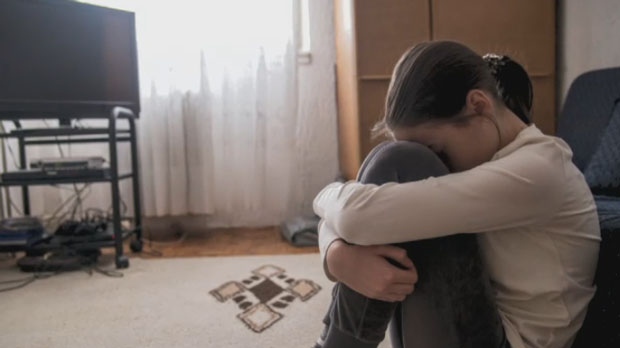 TORONTO -- Wait times for children and youth mental health services have more than doubled in two years, according to a report from care providers who are urging Premier Doug Ford's government to increase spending to address the delays.

The report from Children's Mental Health Ontario, released Monday by the association representing Ontario's publicly funded child and youth mental health centres, says 28,000 children and youth are currently on wait lists for treatment across the province. The number is up from approximately 12,000 in 2017.

Chief Executive Officer Kimberly Moran said rising rates of depression and anxiety among children and youth and years of under-funding have contributed to the rise in wait times.

“It's frustrating from a service provider's perspective,” Moran said. “They understand that when we wait, kids can get more ill and they watch that happen ... and I think families are just outraged that they have to wait this long.”

The report shows wait times for service can vary dramatically depending where in the province a child seeks treatment and on the care required. Waits can range from just days for mild issues to nearly two and a half years for more complex behavioural interventions, the report said.

The group calls on the government to live up to its spending commitments on mental health services, asking it to direct $150 million towards hiring front-line clinicians in the spring budget.

If the province spent that money, it could quickly ramp up hiring for over 1,400 workers and that would cut the average wait for care to around 30 days, the report said.

“The government hasn't kept their promise about reducing wait times,” Moran said. “We want to hold them to account for that.”

Ford has promised to spend $1.9 billion on mental health care over the next decade, a commitment that would include bolstering addictions and housing supports across the province. He has also said the money will help cut wait times for youth who need treatment.

The $1.9 billion pledge will be matched by the federal government, bringing the total commitment to $3.8 billion.

Meanwhile on Friday, Sarah Cannon told a legislative finance committee holding pre-budget consultations in Niagara Falls, Ont., that spending on the mental health services should be needs-based. The mother of two girls who have made multiple suicide attempts after struggling with anxiety and depression said treatment is still not given priority in the health-care system.

Cannon said increased funding would bolster treatment capacity in the system and could have a profound impact on the lives of children and their families.

“We are fighting for our children's lives,” she said. “That's what it comes down to.”

The executive director of mental health programs at SickKids and the SickKids Centre for Community Mental Health told pre-budget consultations at the legislature last week about increases in demand for that hospital's services.

Christina Bartha said because of the strain on front-line service providers, families from well outside Toronto are seeking care in hospital because they don't know where else to turn.

“Many families drive to SickKids seeking help, and when we try to refer them back to their home community, we see the long wait times that they are facing.”

Bhutila Karpoche, NDP critic for Mental Health and Addictions, said Friday that the report offers a snapshot of a youth “mental health crisis” and underscores the urgent need for investment.

Karpoche has tabled a private members' bill that, if passed, would cap wait times for children and youth mental health services at 30 days.

“When I tabled the bill the wait list was up to 12,000 children waiting on average 18 months,” she said. “In the year since the government has let the bill languish ... we're now seeing how much worse it's gotten.”