Walk against hate on the Danforth honours victims of London attack

Hundreds of people united for a walk against hate along the Danforth on Friday in solidarity with the family killed in London, Ont. earlier this week in an attack police say was planned and motivated by hate.

Approximately 250 people attended the walk this afternoon which started at Dentonia Park, near Danforth and Victoria Park avenues.

Several speakers spoke passionately about condemning hate crimes and Islamophobia, and uniting together in the wake of the tragic killing of four members of the Muslim family on Sunday.

“We are here on behalf of the Bangladeshi community and Muslim community, standing against all these Islamophobia incidents that divide us,” one participant told CP24.

After the speeches commenced, participants walked along the Danforth holding signs that read “Islamophobia is real” and “We stand with our London family.” 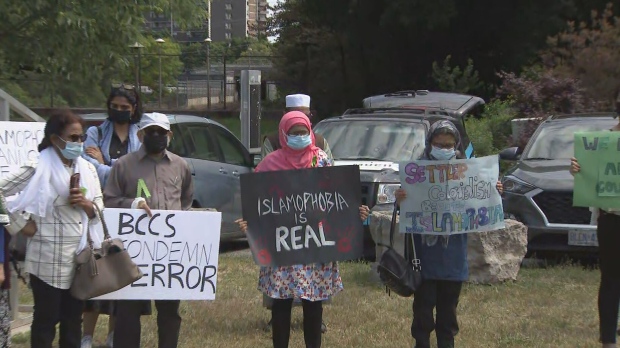 The walk comes amid public mourning for the family of five that was struck by a pick-up truck while outside for a walk Sunday evening.

Four members of the family ranging in age from 15 to 74 were all killed in the collision, and the fifth member, a nine-year-old boy, was seriously injured but is expected to survive.

Police called the incident hate-motivated and said the family was targeted because of their Islamic faith.

All week long, vigils have been held across the country in honour of the family. 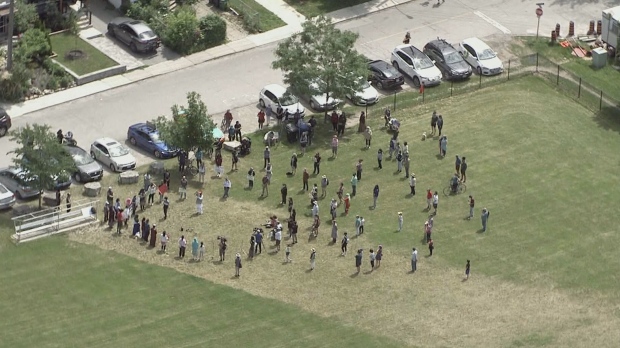 Participants in today’s walk said Canadians need to stand together in solidarity to combat all hate crimes.

Later today, a multi-faith march to end hatred will be held in London in memory of the victims.

Community members gathered for a walk against hate along the Danforth in solidarity for the London family killed earlier this week.