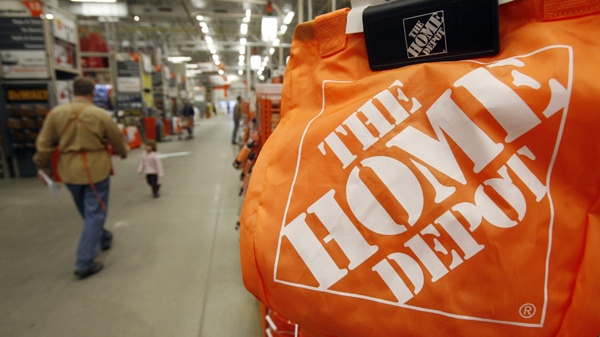 TORONTO - Members of a class action have no right to appeal a court-approved settlement of the lawsuit, Ontario's top court ruled on Thursday.

The Court of Appeal decision means Walmart Canada and The Home Depot Canada are bound by a multimillion-dollar agreement reached between the plaintiffs, the credit card companies Visa and Mastercard and the banks that issue the cards.

“They did not avail themselves of an opportunity to opt out of the class action at the time of an earlier settlement,” the five-judge panel ruled. “Accordingly, subject to their right to object at the settlement approval hearing, they were bound by any judgment or settlement in the class action.”

The case arose out of allegations that Visa, Mastercard and 10 banks had conspired since March 2001 to fix, maintain, increase, or control certain fees for merchants who accept payment by credit card. Class actions were launched in various parts of Canada and settled for more than $50 million, and in the United States.

A year ago, Superior Court Justice Paul Perell approved a settlement in Ontario under which, among other things, Visa agreed to pay $9.5 million to the plaintiff merchants. MasterCard agreed to a similar settlement. Neither company admitted any liability.

During the approval process, Walmart and Home Depot objected to what they called unfair settlements that were not in the best interests of the class members. In particular, the two retailers argued the agreements amounted to an endorsement of an illegal conspiracy in which Visa and Mastercard were central players. The agreements, they said, released the credit card companies from consequences for any future anti-competitive conduct.

While finding that the retailers had every right to raise their objections, Perell nevertheless approved the settlement as in the best interest of class members overall. Walmart and Home Depot then turned to the Court of Appeal.

In rejecting the retailers' challenge, the higher court noted that neither company was a representative plaintiff, which makes litigation decisions on behalf of the class and bears the risks if the action fails.

For two decades, the court said, case law related to class proceedings legislation has precluded a class member from appealing a settlement approval. Allowing individual members to appeal settlements would lead to uncertainty and inefficiency, the Appeal Court said.

The court noted that settlement approval is not the same as passing judgment on the issues at play. Instead, it said, it is a finding that the deal is fair and in the best interests of the class.

“There are sound policy reasons why class members should not be entitled to appeal a settlement order where the representative plaintiff declines to do so,” the Appeal Court said.

In September 2018, Visa and Mastercard agreed to pay as much as US$6.2 billion to end a long-running price-fixing case brought by merchants in the United States.

A court hearing is set for Nov. 7 in New York to determine whether to approve the proposed settlement.