'We shouldn't call it a booster anymore:' Head of science table says Ontario must accelerate rollout of third doses 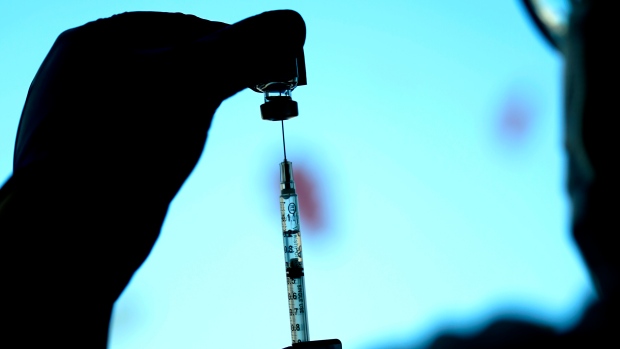 The head of Ontario’s science table is urging the Ford government to accelerate its rollout of booster shots, arguing that it doesn’t help anybody to have millions of doses just “sitting in the freezer.”

Dr. Peter Jüni, who is the scientific director of the group of experts advising the Ford government on its pandemic response, made the comment during an interview with CTV News Channel on Friday morning.

“We can’t eat the cake and have it too. Either we now just take these vaccine doses that we have in our freezers out and send them to low and middle income countries or we use them here. It doesn’t make sense to play safe and keep them in the freezer, you know?” he said. “So either we protect our population – that’s third doses – or first and second doses for all those who haven’t had them yet if they now start to see we really have a challenge with Omicron or we just say ‘OK, we’re ready to gamble’ and then we give these third doses away. The point really is it doesn’t help anybody if they stay in the freezer, and that’s one of the discussions we should have.”

The Ford government announced on Thursday that it would expand third dose eligibility to all residents aged 50 and up as of Dec. 13 so long as they are at least six months out from their second shot.

The government, however, indicated that it does not plan to further expand eligibility until the New Year as it seeks to preserve capacity in its system for school-aged children, who only recently became eligible to receive their first shots.

Ontario is currently sitting on a supply of nearly 2.9 million doses of COVID-19 vaccine.

“I'm just off a call with a colleague from South Africa and it appears that the vaccine protection continues to be intact against hospital admissions (with Omicron) That's a really important message but it means that we need to continue the path that we are going on right now,” Jüni told CTV News Channel on Friday. “We shouldn't call it booster anymore. From my perspective for many of the age groups it just will be the third dose that will be needed.”

Chief Medical Officer of Health Dr. Kieran Moore has said that Ontario has the capacity to administer about 100,000 doses of COVID-19 vaccine per day, though as of Thursday the seven-day rolling average for doses administered was less than one-third of that (28,534).

Of course, it remains unclear how much of that excess capacity will be taken up once third dose eligibility is expanded to those 50 and up later this month.

The National Advisory Committee on Immunization updated its guidance on Friday to strongly recommend booster shots of COVID-19 vaccines for people over the age of 50.

It also suggested a booster dose may be offered to people 18 to 49 years old at least six months after they receive their second shot but said that eligibility should be based on “consideration of jurisdictional and individual risks.”

“I think it is prudent to be agile on this and if we see Omicron certainly emerging in a much more prevalent way in Ontario and in Canada I think we need to move quickly to be able to vaccinate people with that third shot,” Ontario Pharmacists Association CEO Justin Bates said during an interview with CP24, prior to the issuing of the new guidance.