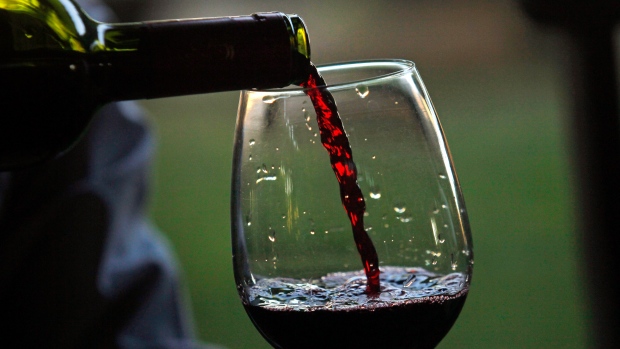 TORONTO -- A West Bank winery at the centre of a politically sensitive Canadian labelling case is asking to be heard in a legal challenge of a ruling that its wines cannot be labelled as "Products of Israel."

In a filing with the Federal Court of Appeal, Psagot Winery argues it should either be added as a full party to the appeal or at least granted intervener status. Psagot says it was conspicuously left out of the earlier proceedings.

"Its rights were affected, obligations were imposed upon it, and it was prejudicially affected by the judgment," the winery says in its representations. "It has a genuine interest in the matters on appeal, and there is a strong possibility that Psagot Winery will be directly affected by the outcome of the appeal."

The case arose in 2017, when Dr. David Kattenburg, of Winnipeg, raised concerns with Ontario's liquor board that wines made by Psagot and Shiloh Winery were from Israeli settlements in the occupied territories, not in Israel itself.

He then complained to the Canadian Food Inspection Agency, which sided with him in mid-2017 but reversed course after some Jewish groups protested and Global Affairs Canada said the West Bank could be considered Israeli territory under the Canada-Israel free trade agreement.

In July, Federal Court Judge Anne Mactavish ruled it misleading and deceptive to consider the wines Israel-made. Everyone agreed, the judge said in her decision, that the settlements are not part of the State of Israel.

Mactavish sent the case back to the food inspection agency, saying Canadian consumers need to know exactly what they're buying.

"There are few things as difficult and intractable as Middle East politics, and the presence of Israeli settlements in the West Bank raises difficult, deeply felt and sensitive political issues," Mactavish wrote. "One peaceful way in which people can express their political views is through their purchasing decisions."

In its submissions, Psagot bills itself as an award-winning winery 15 minutes north of Jerusalem. Its founder Yaakov Berg and his wife, it says, planted their first vineyards 20 years ago on a spot where Jews produced wine destined for the priests of the Jewish temple in Jerusalem.

While the territory might be subject to competing Israeli and Palestinian claims, Psagot says its wines are produced by Israelis under auspices of an Israeli company in an Israeli community subject to Israeli law in Israeli territory.

Nevertheless, it says, the company only found out about the case at around the time it came before Mactavish and was unable to make its viewpoint known.

The federal government did not respond to a request for comment but Kattenburg's Montreal-based lawyer, Dimitri Lascaris, said he would oppose the application. Berg, he said, had ample opportunity to intervene.

"Mr. Berg made statements to the Israeli press at the time Mr. Kattenburg complained to the (food inspection agency) that he didn't really care if he lost business in Canada...(and) that he was prepared to withdraw completely from the Canadian market if he was obliged to accurately label his products," Lascaris said.

The company says most of the 350,000 bottles it produces each year are exported to dozens of countries but its Canadian exports have now stalled. It also says its international reputation and brand have taken a hit given Mactavish's finding that Psagot engaged in false and deceptive labelling practices.