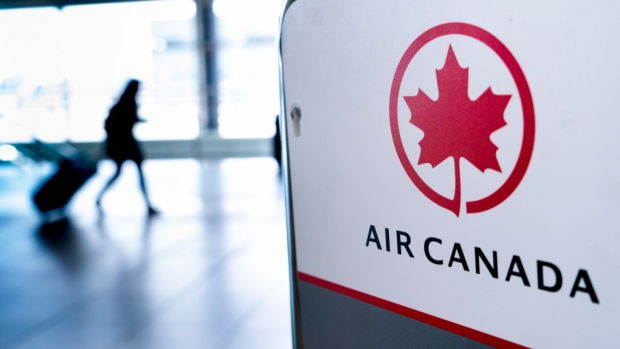 WestJet Airlines Inc. said Tuesday it will cancel 20 per cent of its February flights, less than three weeks after announcing flight reductions of 15 per cent for January.

The move marks a response to "government barriers" amid the Omicron variant, which has also affected staffing levels, the Calgary-based airline said.

"We continue to advocate for the elimination of cumbersome travel rules that are unnecessarily impacting Canadians and prolonging the recovery of the travel and tourism sector," chief executive Harry Taylor said in a release.

While Air Canada has not announced major flight consolidations, it has cancelled 15 per cent of its flights in March and 11 per cent in February -- 6,805 flights in total -- within the last two weeks alone, according to figures from airline data company Cirium.

The Public Health Agency of Canada advised against non-essential trips abroad in mid-December. A requirement that international travellers quarantine until on-arrival molecular tests come back negative has further dissuaded visitors, the two carriers said in a statement along with Toronto's Pearson airport Monday.

WestJet says it will notify affected travellers in the next few days. For any WestJet-initiated cancellation or schedule change, where the change is greater than 90 minutes or one or more stops are added, guests are eligible for a refund.

The cuts come after Transat A.T. cancelled nearly 30 per cent of its flights for January and February.

There were 1,946 cancellations for flights within, into or out of the United States on Monday and Tuesday, according to data from flight-tracking website FlightAware, though the timeframe overlapped with a snowstorm in the northeast.

Both Delta Air Lines and United Airlines have said the nationwide spike in cases over the past few weeks has affected flight crews and left carriers short-staffed.

Jacques Roy, a professor of transport management at HEC Montreal business school, said the Canadian government's guidance against travel abroad as well as general "uncertainty" around the pandemic are suppressing demand.

"Reservations are being cancelled," he said in a phone interview. "People who want to fly may be concerned about not being able to come back or facing all kinds of difficulties abroad."

Canadian air travellers who wish to return home must present a negative molecular test taken no more than 72 hours before the scheduled departure in order to board.

This report by The Canadian Press was first published Jan. 18, 2022.