What to do with the kids this strike day Friday Feb. 21 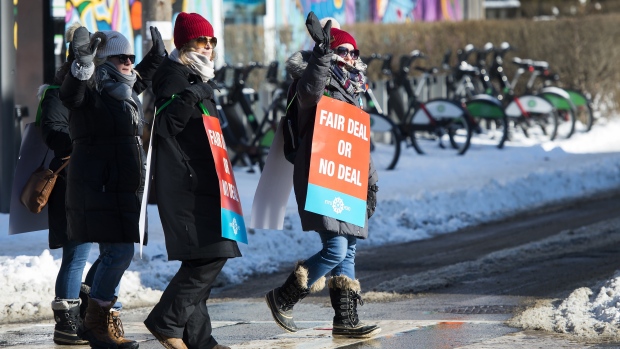 Teachers of the Elementary Teachers' Federation of Ontario wave to honking cars as they participate in a full withdrawal of services strike in Toronto on January 20, 2020. THE CANADIAN PRESS/Nathan Denette

More than two million students across Ontario will be staying home Friday, as all four major teachers’ unions hold a coordinated one-day strike.

With every public school across the province planning to shut down, a large number of day camps and programs are springing up to offer parents a helping hand.

Here's a list of some of the programs on offer for kids this Friday.