What we know so far about accused murderer Joseph George Sutherland

Toronto police announced Monday they linked Sutherland’s DNA to the deaths of Erin Gilmour and Susan Tice, who were killed inside their respective homes in downtown Toronto in 1983.

Police said the person allegedly responsible remained on the loose for nearly 40 years, until last Thursday when Sutherland was taken into custody by the Ontario Provincial Police.

Here’s what we know about Sutherland so far.

Sutherland was living in Toronto at the time of the murders, but police did not say if Sutherland had a connection with his alleged victims.

Police said he was not a suspect, or person of interest, at the time of the murders. He was never questioned by police while he was living in Toronto.

At the time of his arrest, Sutherland was living in Moosonee, Ont. Moosonee is a small northern town nearby James Bay, which is the southernmost tip of Hudson Bay, and is roughly 850 kilometres north of Toronto.

Det. Sgt. Stephen Smith, the lead investigator on the case, said Monday morning Sutherland moved throughout the province during the last 39 years, but did not specify where else he lived.

Smith said there were “no issues” taking Sutherland into custody, adding “when you commit these crimes, you're just waiting for that knock to come at the door.”

Smith confirmed Sutherland does have a family and an extended family – who are all living in northern Ontario as well – but he would not provide details as to who exactly they are.

“It’s a snip test – a single nucleotide polymorphism – so that allows us to use the genes between the genes to have familial connectivity, and we’re able to use that to utilize people that have uploaded their DNA to Family Tree DNA,” Smith said.

Investigators were eventually led to Sutherland and served him with a DNA warrant. They said tests came back as a match to what was found at the murder scenes decades ago.

Police said without this technology, they would have never come across Sutherland’s name.

Smith said because Sutherland has been living in Ontario for 39 years since the murders, investigators are going to look into “every possible connection” to any other cold case.

He said this case was likely the “most complex” work he’s done in 25 years working for Toronto police.

Smith said Sutherland does have family and an extended family living in northern Ontario – but he would not provide details as to who exactly they are.

Sutherland has been charged with two counts of first degree murder and is expected to appear in court at Old City Hall on Dec. 9 at 2 p.m. 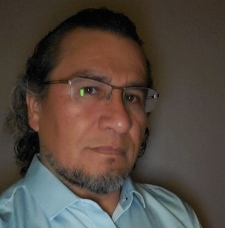