'When he woke up he found himself in the barn,' uncle of abducted North York teen says

Police Chief Mark Saunders says officers are "aggressively investigating" the abduction of a 14-year-old boy who was held against his will for nearly 40 hours before being found in an abandoned barn in a rural area of Brampton.

The boy was forcibly pushed into a dark coloured Jeep on Driftwood Avenue in Toronto at around 8:30 a.m. Wednesday, as he was on his way to school.

Witnesses told police the boy screamed for help as two men clad in dark clothing and bandanas manhandled him and then sped off.

The system meant to notify his parents of his absence at his high school inexplicably failed to do so until after 6 p.m. that night, at least a half hour after the boy’s father had already called police to report his son was missing.

An Amber Alert was issued provincewide by midnight, nearly 16 hours after the boy was taken.

The abduction prompted a large police response, with officers later learning that the boy had been abducted over his stepbrother’s alleged $4 million drug debt resulting from the theft of a large quantity of cocaine.

Police sources confirm to CP24 that he was found in a barn off 10869 Heritage Road near Wanless Drive, in the westernmost section of Brampton, on Thursday night. 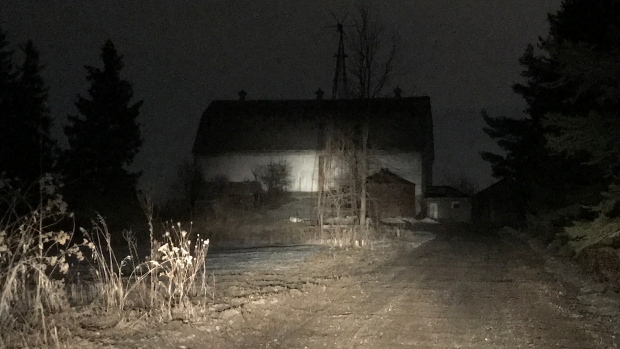 Halton paramedics took the boy to Sick Kids Hospital for a checkup, where he was met by his mother.

At a news conference on Friday morning, Saunders told reporters that the boy was “disheveled” when officers found him but would not elaborate on his condition.

The police chief would not say what, if any, injuries the boy sustained but confirmed he is now with his parents and is doing “very well” following the “traumatic” experience.

A man who says he is the uncle of the abducted teen told reporters on Friday afternoon that his nephew remembers very little about the ordeal.

“He remembers being taken and he was saying ‘help, help,’” the man said. “When he woke up he found himself in the barn.”

He said his nephew was not tied up and was able to walk outside.

He said the teen’s text books and phone were missing and he was dressed in construction gear.

“He had nothing on him,” the boy’s uncle said.

The man noted that his family is grateful to the investigators for their work in finding his nephew.

"I just want to commend the Toronto police for the Amber Alert. It is a good initiative,” he said.

Saunders would not say exactly how police learned where the teen was being held but confirmed officers were never in direct contact with the abductors.

“There was a lot of cooperation from a multitude of law enforcement agencies. Tips were coming in. We had various leads that we were looking at,” Saunders said.

Investigators have not yet interviewed the teen and police have not released any information on possible suspects. 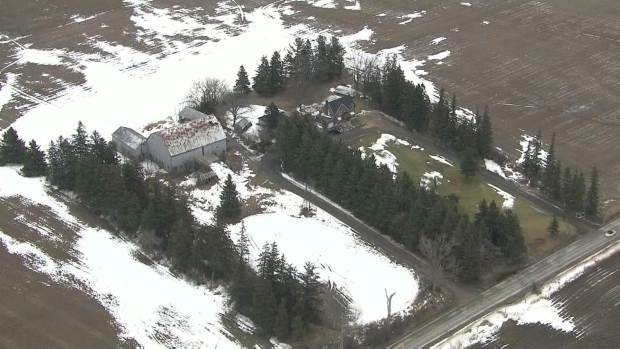 “Hopefully the interview will assist us to give us more evidence so that we can move forward,” Saunders added.

He said investigators have had “limited cooperation” with boy’s stepbrother, whose whereabouts is unknown.

“We definitely know he is not in the GTA and we are uncertain if in fact he is in the province,” the police chief noted.

When asked if the victim’s brother could face any charges related to the allegations surrounding the unpaid drug debt, Saunders replied, “Until a drug dealer comes in and complains that they had $4 million of cocaine ripped off them, I won’t be laying that charge.”

He noted that police would like the teen’s brother to provide further information but said investigators are not relying on his cooperation.

“Right now the role he would play is a witness. He would have a strong idea of who was involved and what the involvement was and then we would have a starting point to move this investigation further,” the police chief said.

“If he plays that role of being a stronger witness, then great, but right now, my appeal is still as it stands that we are looking for everyone else to cooperate.”

Police will be 'aggressively investigating' case

When asked if the boy or his family are in danger while the suspects are still at large, Saunders suggested that the boy will be protected.

“He probably will be the most-watched young man in the City of Toronto right now so you would be more than a fool to try to apprehend him or cause any harm to his family,” the police chief said.

“We are going to be aggressively investigating this. I’ve got some of the best of the best and I think that we will have an opportunity to make those apprehensions and that, I hope, will curb any fears or anxieties.”

Few details about the investigation were released before the child was found and during Friday’s news conference, Saunders provided a little more clarity on how the police probe unfolded.

He said while officers were first alerted to the incident at around 8:30 a.m., it took several hours before police had a clear picture of what had happened.

“Our issue when we got the original unknown call (was) we had no idea who the victim was. It took a tremendous amount of legwork,” the police chief said.

Officers who canvassed the area and reviewed video surveillance footage managed to determine what type of vehicle was involved but investigators weren’t able to link the incident to the missing teen until his father contacted police later that evening.

A burnt-out vehicle matching the description of the Jeep involved in the abduction was located in Caledon at around 10 p.m. on Wednesday, nearly two hours before the Amber Alert was issued. 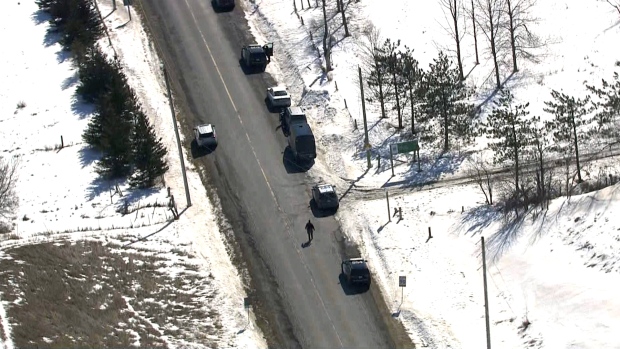 It took police another 24 hours to find the boy at the barn in Brampton, which is about a 26-minute drive from where police found the abandoned Jeep.

When asked about the Toronto District School Board’s delay in reporting the boy’s absence from school, Saunders responded that he didn't want to speculate on whether that would have assisted police in finding the missing teen sooner.

“The Toronto District School Board does a great job and if they identify any gaps then I’m sure they will move in the right direction to remedy those things,” he said.

The TDSB confirmed that the boy’s parents should have been notified of his absence from class at 11 a.m. but for some reason, they were not contacted by the school until after 6 p.m.

TDSB spokesperson Ryan Bird said Thursday that four staff members at the teen's high school have been put on home assignment while the board looks into the matter further.

-- With files from Cam Woolley