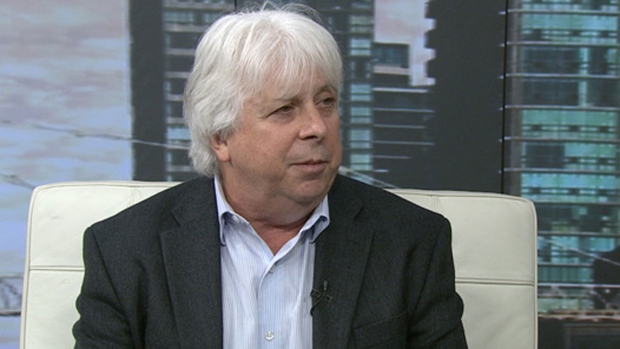 Filion confirmed Wednesday that he won’t be seeking re-election in the upcoming municipal election in October.

Speaking with CP24.com, Filion said he finally feels that he can step away from his role because there are good candidates that he can support to replace him.

“I finally have people from the community who I think can step into the role and continue on with the community building that I started,” he said.

In the upcoming provincial election in October, Ward 23 will be split into two new districts, Ward 28 and Ward 29. Filion said he is endorsing Markus O’Brien-Fehr – his longtime executive assistant – and Lily Cheng – a community organizer and the founder of the North York Moms group, who will be running in those respective wards.

Filion added that he has been concerned in the past that candidates backed by private interests might take over the role.

“If I had left without there being some strong candidates to succeed me, basically the land speculators would be taking over Willowdale,” Filion said.

Filion started his career in elected office as a North York school board trustee in the 1980s before running for a council seat in the former city of North York in 1991. He continued to represent the area on Toronto City Council after amalgamation in 1997.

He counts a smoking ban in Toronto bars and restaurants and the city’s Dine Safe restaurant rating system among his career achievements.

But he also says he’s proud of blowing the whistle on a land deal that led to an investigation involving the Toronto Parking Authority, a process that is still ongoing.

Most recently, he championed a proposal to reconfigure a stretch of Yonge Street in North York in order to make it friendlier for cyclists and pedestrians.

The Transform Yonge plan brought him into conflict with Mayor John Tory, who said he wouldn’t support a plan that removed car lanes from the busy stretch.  The decision was ultimately deferred, but Filion said he believes the need to build more community-focused spaces is becoming more apparent to most people.

“It’s creating a real sense of community in Willowdale. We have that as we saw after people came together after the (van attack) tragedy,” Filion said. “It really needs that physical community space.”

He said people also want to see a safer community and that means putting a stop to vehicles cruising through community space at high speed.

“It’s certainly moving in that direction at community meetings. You certainly see a shift toward community safety and people are willing to put up with some inconvenience to get that,” he said.

One of his most challenging times as a councillor came earlier this year when he helped the local community navigate the aftermath of the deadly Yonge Street van attack, which occurred in his ward.

“What stands out for me about that was obviously the tragedy and everybody in Willowdale is still coping with the trauma on the main street in our neighbourhood, but what was really remarkable was how the community came together during that awful time and how people showed such kindness and generosity and love towards each other,” Filion said. “It was really something to watch and be part of. I’ve never been so proud of my neighbourhood as I have been this year.”

And after three decades in office, Filion said he expects he’ll miss the people most of all.

“As a political junky I’ll miss some of the political action. Mostly I’ll miss the kind of daily interaction with people in Willowdale and with an amazing office team and with some of my colleagues on council who I’ve really enjoyed working with.”

As he prepares to depart, he said it’s tough to pinpoint any one challenge that he thinks council will face going forward. However he does lament what he sees as creeping party politics at city hall.

“It’s unfortunate – there’s a lot more political polarization which really bothers me to see in municipal politics,” Filion said. “It should just be about everybody coming together to do the right thing and political ideology and political party allegiance shouldn’t enter into it at all.”

He said there’s a scarcity of independent thinkers left at council. However he does give high marks to St. Paul’s colleague Coun. Josh Matlowe.

“He always calls it as he sees it,” Filion said. “He doesn’t base his vote or his analysis of issues according to what party he belongs to or who his friends are or who else is in favour.”

So what comes after city politics?

For now, he says he’s more interested in “the freedom to do other things.”

“I certainly won’t be golfing. I’ll be staying very active, probably with more of a focus on city-building.”

He said he’s not yet sure what form that might take, but he has no immediate plans.

Also, he might try his hand at writing another book. In 2015 he published a book about former colleague and Toronto mayor Rob Ford – a venture he said cost him two years without sleep or holidays.

“I’m also looking forward to sitting down and writing and doing it all day with a pot of coffee – it’ll be a bit of heaven,” he said.

Possible topics include travel and music, but he hasn’t committed to anything yet.

He said a possible run at provincial or federal office is not part of his plans – for now.

“It’s not anything I’ve ever wanted to do. I’d be surprised if I wanted to do it now, but you never know what the future’s going to bring.”