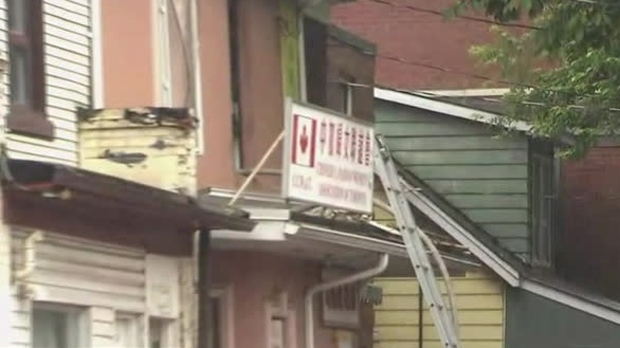 A woman in her 50s has died in hospital after she was pulled from a burning house in the city’s western Chinatown on Saturday.

Toronto Firefighters say they were called to a house at 111 D’Arcy Street, between Spadina Avenue and Huron Street at 2:39 p.m. Saturday for multiple reports of thick black smoke coming from a second floor window of the home.

Firefighters arrived to find thick black smoke bellowing from the front of the home.

They climbed a ladder to a second floor window and physically carried the woman to a waiting ambulance.

She was then rushed to a local hospital where she was pronounced dead on Sunday.

Her identity has not been released.

Two police officers who responded to the area were treated for smoke inhalation.

The Office of the Fire Marshal is probing what caused the blaze.