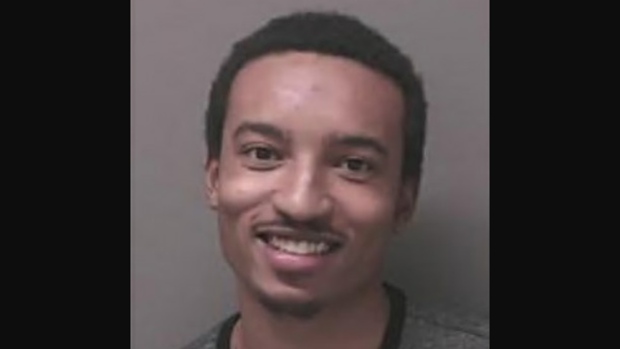 Masseiah Issac Ireland, 19, is shown in a YRP handout image.

A 19-year-old Markham man is facing multiple charges and a woman is recovering in hospital after she was assaulted several times during a date with a man she met on Tinder.

York Regional Police say that sometime on Monday, they were called to a sexual assault incident.

They say they found a woman suffering from “significant injuries,” and she was rushed to hospital for treatment.

An investigation revealed the victim met her assailant on the dating app Tinder.

She went to the male suspect’s home on Kennedy Road and was allegedly struck with a weapon multiple times and sexually assaulted.

The suspect then allegedly brought the victim out of his home with the intention to obtain money and hand it over to him.

She was able to break free from him and call 911.

On Tuesday at 1:30 a.m., police raided the man’s home and took him in to custody.

He was charged with sexual assault with a weapon, extortion, forcible confinement and aggravated assault.

Police say Ireland went by the name of “Jalen” on Tinder and claimed to be 28-years-old.

He will appear in court in Newmarket on Tuesday.