Woman injured in Mount Dennis fire now stable after suffering burns to half of her body: OFM

A woman critically injured in a fire in Toronto’s Mount Dennis neighbourhood early Saturday morning is now in stable condition after suffering third-degree burns to 50 per cent of her body, an investigator with the Office of the Fire Marshal confirms.

The fire broke out around 2:30 a.m. at a building on Weston Road, near Eglinton Avenue. 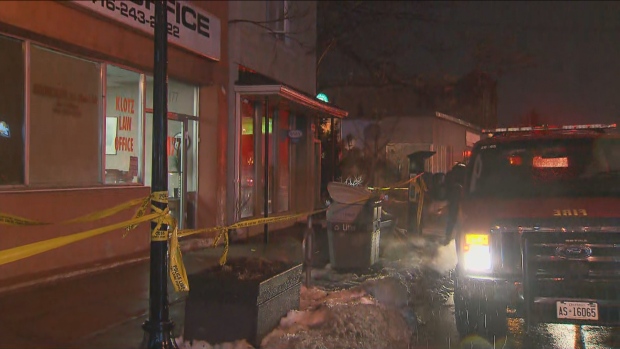 Officials say the fire started in the basement of the building, which houses apartment units and a store on the main floor.

The flames then spread up the walls to the upper floors of the structure.

Four residents were hospitalized due to the fire, including a woman in her 30s who suffered life-threatening injuries.

“The female who is in critical condition sustained third-degree burns to 50 per cent of her body. She is stable now. They are still currently working and treating her,” Michael Bird, an investigator with the OFM, said.

“It is going to be a long haul for the young lady.”

A man who also lived in the basement suffered serious burns and is expected to be in hospital for the next few days, Bird added.

Two tenants on the top floor of the building were hospitalized for smoke inhalation but have since been released. 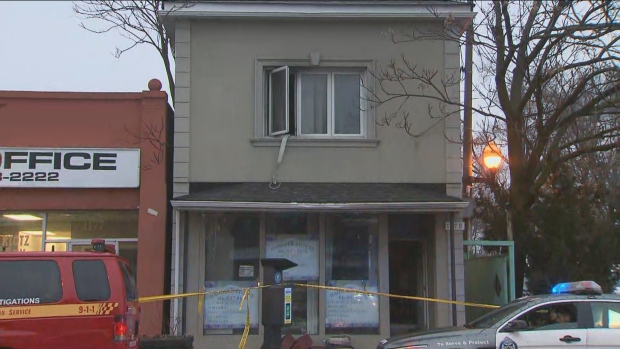 The cause of the fire has not been determined.

“I have my area of origin down there and now I’m just waiting for a forensic fire engineer to arrive to assist me with some of the issues I’ve been finding,” Bird said.

He noted that the top floor of the building had working smoke alarms but it is not yet clear if the basement and main floor had functioning smoke detectors.