It happened in the backyard of a townhouse complex in the area Grenoble Drive and Dufresne Court, west of Don Valley Parkway, at around 3:20 p.m.

When emergency crews arrived, the victim, believed to be in her 40s, was located with a bullet wound in her leg. 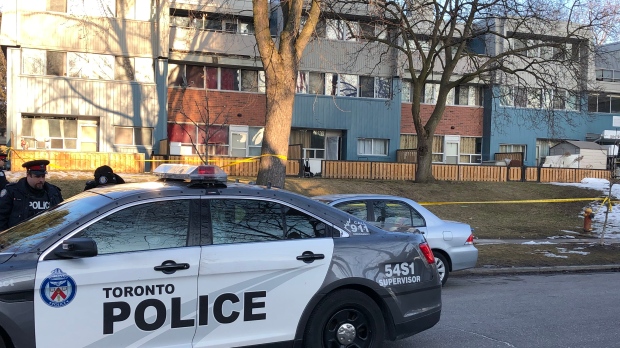 Toronto paramedics said she was transported to a trauma centre in serious but non-life-threatening condition.

Duty Insp. Darren Aldritt told CP24 they are looking for at least three suspects who arrived in the area in a white sedan.

He said two suspects got out of the vehicle and fired multiple shots at the residences.

“We do believe it’s a targeted shooting,” Aldritt said.

He said it is unclear if the third suspect was armed.

The victim, who was standing outside at the time of the incident, was not the intended target, Aldritt said.

“She was just an innocent bystander who was struck in the leg,” he said. 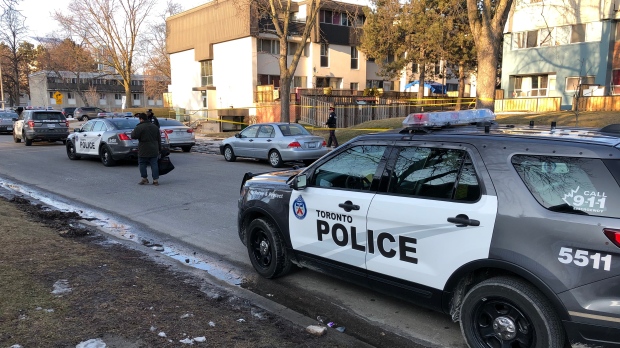 The suspects later got back in their vehicle and fled the scene.

Officers were able to recover more than a dozen shell casings. There is no suspect description at this time.

Police are appealing for any witnesses to come forward and contact them.

“If they see anybody suspicious in their vehicles in their neighbourhoods in a day like today, they need to contact us right away,” Aldritt said.