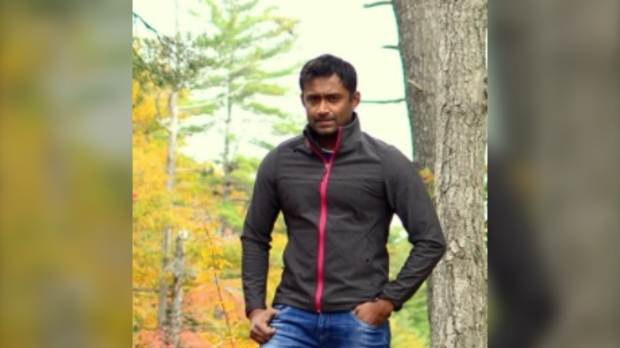 Sanoop Vadukoot, 33, of New Tecumseth has been charged in connection with a sexual assault investigation in Newmarket and is seen in this undated handout provided by York Regional Police.

A 33-year-old man has been charged in connection with a sexual assault investigation in Newmarket, according to York Regional Police.

The victim told police that the man contacted her through Facebook, posing as a photographer.

He offered to take free photos of her to help build a modelling portfolio.

During the photoshoot, he sexually assaulted her, police said.

On Thursday, police announced they made an arrest in connection with the incident.

Thirty-three-year-old Sanoop Vadukoot, of New Tecumseth, was arrested on Oct. 15 and charged with sexual assault.

Investigators have released his image and are appealing to other victims and witnesses to come forward.

The accused will be appearing in a Newmarket court on January 26, 2021.