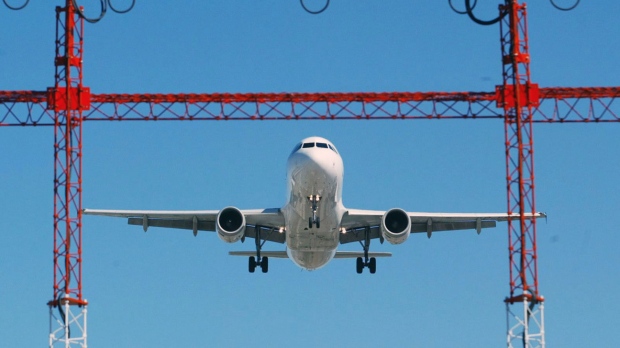 OTTAWA -- There has been no surge of extremist travellers returning to Canada, despite the overseas setbacks suffered by militant forces in Iraq and Syria, a new federal report says.

The annual report on the terrorist threat to Canada says a wave of returnees is not expected because many who went abroad now lack valid travel documents, find themselves on a no-fly list or fear being arrested on Canadian soil.

Others want to stay and continue helping extremist groups, have been captured or have died.

As members of the Islamic State of Iraq and the Levant scatter, the Liberal government has come under pressure to explain what it is doing to contain any threat from foreign fighters returning to Canada.

The report says some 190 people with connections to Canada are suspected of terrorist activity abroad and, in addition, approximately another 60 have returned -- numbers that have remained static over the last three years.

The activities of these Canadians in various countries could involve front-line fighting, training, logistical support, fundraising or studying at extremist-influenced schools.

A "relatively small number" of the 60 people have returned from Turkey, Iraq or Syria, the report says, without providing more details.

The Opposition Conservatives have peppered the government with questions in the House of Commons about ensuring the safety of Canadians -- accusing the Liberals of welcoming returnees with open arms.

"When will the government get serious and lock up these genocidal maniacs?" Conservative MP Michelle Rempel asked Tuesday.

He has repeatedly expressed confidence in the ability of security agencies to manage any threat returnees might pose in Canada.

The priority is to investigate their activities, collect the necessary evidence and prosecute them under Canadian law, Goodale said Tuesday. "That is our No. 1 goal."

However, the report acknowledges it is "sometimes difficult" to collect needed evidence, particularly outside of Canada. In addition, there are often challenges associated with using intelligence and other sensitive information in court proceedings.

Though ISIL's territorial holdings in the Syria-Iraq conflict zone continue to shrink, Canada has not seen a related influx in the number of extremist travellers who have returned to Canada, "nor does it expect to," the report says.

The group Families Against Violent Extremism has said Canadians detained by Kurdish authorities in Syrian territory include nine families and more than 10 children, including some who were taken to Syria at young ages and others who were born there.

The notion of bringing children back to Canada while leaving their extremist parents behind is problematic, Goodale said.

"You create almost by definition a generation of orphans. At the same time, you don't want to create a second generation of terrorists," he said.

"No country has a perfect solution to this. The reality of the situation is that these people abandoned the democratic advantages of Canada -- went to another part of the world voluntarily to engage in the most insidious acts of terrorism."

Overall, Canada's national terrorism threat level is medium, meaning a violent act of terrorism "could occur." That is the third position on a five-point scale and it is unchanged from October 2014.

The principal terrorist threat to Canada continues to stem from individuals or groups who are inspired by violent Sunni Islamist ideology and terrorist groups, such as ISIL and al-Qaida, the report says.

The government fleshed out its overall plan for countering radicalization Tuesday, releasing a strategy document that stresses prevention before tragedies occur.

It emphasizes research and sharing knowledge, addressing radicalization in cyberspace and supporting interventions that can steer potentially violent people onto a stable path.