A Toronto Police Service officer has been charged with three sex offences.

Police allege the officer sexually assaulted a 14-year-old boy between January and May of 2009.

The officer later had an inappropriate sexual relationship with a 16-year-old boy between September 2010 and March 2011, police allege..

Const. Brandon Fraser, 24, has been arrested and charged with sexual assault, sexual interference and sexual exploitation.

He made a brief court appearance Tuesday and was remanded. 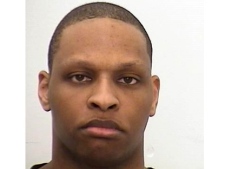