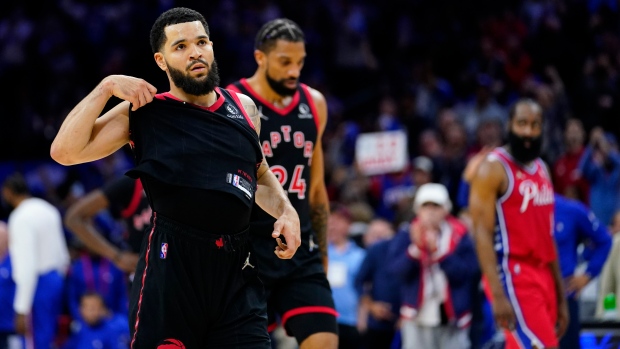 VanVleet suffered a strained left hip flexor in Game 4, leaving the game in the second quarter and ripping his jersey in frustration on the way to the locker-room.

He missed the Raptors' 103-88 win over the Sixers on Monday in Philadelphia that forced a Game 6.

VanVleet averaged 20.3 points, 6.7 assists, and 4.4 rebounds per game this season and was named an all-star for the first time. But the 28-year-old has also been battling a bruised knee that kept him out of 14 regular-season games since late January. The Raptors won nine of those.