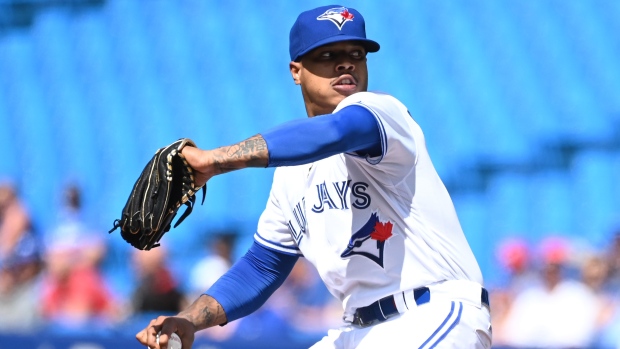 CLEVELAND -- For a day, Will Smith was in for quite a treat -- teammates with Clayton Kershaw, Freddie Freeman and Christian Yelich.

Soon, the San Francisco reliever could be playing with one of them for real.

Smith went into the All-Star Game on Tuesday night well aware his days with the last-place Giants might be dwindling.

"If I get traded, it'll be the fourth time," the left-hander said. "After the first one, you're kind of numb to it."

Hand is an old hand at this. The San Diego Padres sent the left-hander to Cleveland just two days after the 2018 All-Star Game, during the break.

"I didn't really think I was going to get traded last year," Hand said Monday. "It's part of what we signed up for. ... There's really nothing you can do about it unless you have a no-trade clause."

At last year's All-Star Game, there was little doubt it was Manny Machado's last time in a Baltimore uniform. He even gave a hint of what to come when he pulled out his phone -- while playing shortstop -- and posed for a selfie with Dodgers outfielder Matt Kemp.

The next day, the Orioles traded Machado to the Dodgers.

Greene has 22 saves and a 1.09 ERA for the last-place Detroit Tigers, making him an attractive option for teams in the playoff chase.

"It's a business and it's part of the game. Right now, I'm here. I'm going to enjoy myself," Greene said.

Stroman is 5-9 with a 3.18 ERA for Toronto, a team that hopes to build for the future with the likes of Vladimir Guerrero Jr. and Cavan Biggio.

Some teams, such as the Indians, will see where the next few weeks take them. They've recently closed the gap on Minnesota in the AL Central, meaning Hand and his 23 saves and 2.17 ERA might not be so expendable.

But contending clubs can't take too long. There used to be two trade deadlines -- July 31 for swaps without restrictions, then Aug. 31 to deal players who had cleared waivers.

Major League Baseball changed the rule this season, making it all-or-nothing by July 31.

So the 29-year-old Smith, who has 23 saves, a 1.98 ERA and has struck out more than half the lefty hitters he's faced, will see what this month brings.

"Right now, I'm wearing the orange and black, and that's who I'm trying to help win every day. I know something could happen, but I don't take a peek at what people are saying. There's so much out there, and you don't know what's true."

"I've been traded during the season, in the off-season and at the deadline," he said. "I'm used to it."