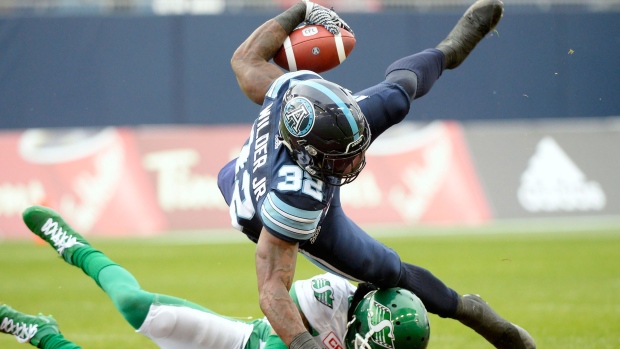 The six-foot-three, 232-pound Wilder spent the last three seasons with Toronto. He was the CFL's top rookie in 2017 and helped the Argonauts win the Grey Cup that year.

Wilder appeared in 13 games with Toronto last season, rushing for 464 yards while adding 58 catches for 415 yards. He fills a need for Montreal, which released running back William Stanback in the off-season, allowing him to sign with the NFL's Las Vegas Raiders.

The Alouettes also announced the release of Antonio Pipkin, who began last season as the club's starter before losing the No. 1 job to Vernon Adams Jr. On Tuesday, Adams signed a contract extension with Montreal through the 2022 season.