AP source: No cutting NFL players because they are unvaccinated 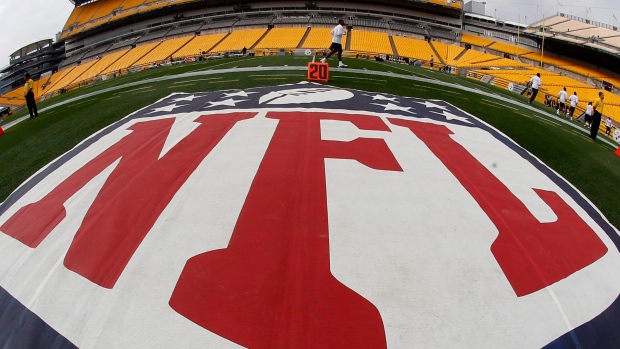 An NFL team can't release a player simply because he is not vaccinated for COVID-19, a person with direct knowledge of the league's directive told The Associated Press on Friday.

Buffalo Bills general manager Brandon Beane hypothetically suggested this week that he'd do so if it would provide more freedom within the team facilities for meetings and off-season programs.

The person spoke on condition of anonymity because the league did not make the directive public. The NFL currently is formulating further plans and protocols for the off-season programs and training camp.

"A team may not release a player solely due to vaccination status," the person said.

The league also is allowing vaccinated players to gather and interact with other such players away from club facilities.

The same is true for staff members. But players and staff, including coaches, may not do so at this time, according to an NFL memo obtained by the AP.

Also being considered is allowing teams to stage training camp away from their home facility. Those clubs must submit a fill medical and protocol plan "demonstrate how the club will comply with the NFL-NFLPA COVID-19 protocols at the proposed alternative location (including any hotels and transportation involved)."

A team's plan will be subject to review and approval by the NFL-NFLPA Joint COVID Medical Committee.

On Wednesday, Beane's response was to a question about potentially cutting an unvaccinated player at the lower end of Buffalo's 53-man roster. It came when the NFL is loosening its restrictions for teams whose staff and players have been fully vaccinated.

"You guys saw it in the fieldhouse, we had three and four meetings going on, and sometimes you're talking over each other. But it was the only way to pull it off and be social distant," he said of NFL protocols limiting the number of players who could meet at one time. "So it would be an advantage to cut a player and fall under that umbrella" of less restrictive protocols.

Last year, teams were limited to hosting most meetings via Zoom, with restrictions placed on how many players and coaches could gather at one time. Team officials and players were also required to undergo daily COVID-19 testing and wear masks.

Beane expects those restrictions to be loosened, while noting the rules have yet to be determined.

"I think there's going to be some incentives. If you have 'X' number of per cent of your players and staff vaccinated, you can live normal, let's call it -- back to the the old days," he said.

"If you don't, it's going to look more like last year," Beane added. "But I hope, if those are the rules, that we'll be able to get enough people to be vaccinated and not have to deal with all the headaches."

The NFL and NFL Players Association are encouraging, but not mandating players to get vaccinated.