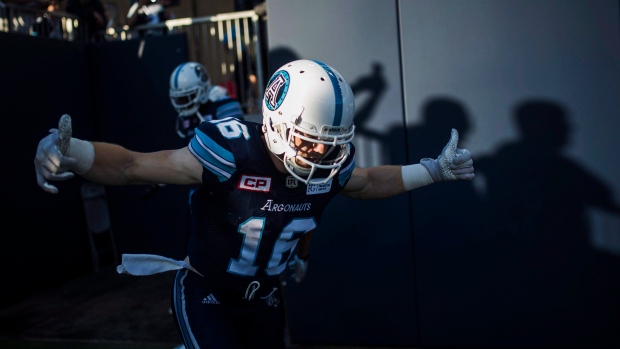 TORONTO -- The Toronto Argonauts have traded wide receiver Brian Jones to Saskatchewan for a seventh-round pick in the 2019 CFL draft.

The 24-year-old Jones in his third CFL season after being selected fourth overall by Toronto in the 2016 draft out of Acadia.

Jones caught 24 passes for 128 yards and one touchdown in 24 games with Toronto.

The native of Enfield, N.S., also chipped in on special teams, recording nine tackles and one blocked punt in his career.