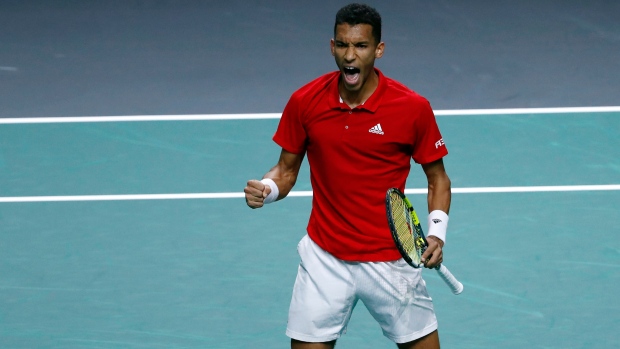 MALAGA, Spain - Felix Auger-Aliassime won a key singles match, then teamed with Vasek Pospisil for a clinching doubles victory as Canada advanced to the Davis Cup final with a 2-1 win over Italy on Saturday.

Auger-Aliassime stepped in to replace Denis Shapovalov, who was still recovering from his marathon opening match, in the deciding 7-6 (2), 7-5 win over Fabio Fognini and Matteo Berrettini.

The Canadians recovered from an early break in both sets to win the match in just over two hours.

Auger-Aliassime, ranked No. 6 in the world, responded with a clinical 6-3, 6-4 win over Lorenzo Musetti to level the tie at 1-1.